Mentalism can be described in many ways. One description refers to it as the magic of the mind and imagination. It can also be described as the demonstration of a high mental or intuitional ability. In psychology, it refers to a science that relies on perception and thought processing.

Mentalism has also been described as the performance of hypnosis, telepathy, divination, psychokinesis, mediumship and rapid mathematics among other disciplines. The discipline is said to have originated from long ago with supernatural, spiritualists and psychics, whose roots dig deeper into the Greeks seers and oracles who were also mentioned in the Bible.

Ask anyone who has experienced it first hand and they will tell you it works. Most mentalist will rely on observation to read behavior, or just knowledge to figure out your thought process. This is not an illusion but a discipline that when well researched will work for you too towards others. According to one of the mentalist, it works on everyone. With an open mind, you can be part of the amazing art that is mentalism. All you have to do is watch. One can experience the discipline either as an active or passive audience. So how does mentalism work?

So how does mentalism really work?

Many would get a headache trying to answer the question ‘how does mentalism work. There are lots of emphases put in concentration for any mind reading trick to work. A famous mentalist says that the best tricks will work if the effect is prioritized above the method. To understand how mind reading works, we will have to attribute it to several effects.

Mind conditioning and misdirection is one of the main factors. A good example of mind conditioning is illustrated in the movie focus where they ensure their target unconsciously sees the same number from morning until the time the act is performed. When asked to pick a number and keep it secret, they choose the number they were conditioned to.

In an audience, misdirection is achieved when the mentalist illustrates or draws in the air what they want you to say or do, and you unconsciously take the hint. A good example of this is the circle and square trick.

Another method used is fishing for information. One way this is done is that a general question that could apply to anybody is asked, or more specifically a personalized general question. With a room full of people it would not be hard, for example, to find someone who has gone through depression. The mentalist will then ask more general questions that are likely to apply to the subject narrowing them down, making them feel like they just got their mind read.

Mentalists also recap past information. They will ask a question that will ensure you give additional unrelated personal information which they commit to memory. They will then use the earlier revealed information later to make you feel like your mind got read.

Observation is another key feature used. A person with a distinguishing feature such as a scar on their face is a target. Through refined observation, a mind reader can estimate the age of a scar and spur a random observation such as someone got a hard hit to their head as a child. They further narrow down on the observation reading behavior, dressing, and general posture to tell more about you.

In this trick, the mentalist will first ensure they have your attention. They will then ask you to draw a shape, such as a square but not a square. While saying this, they will form the shape of a small triangle in their hand that just hardly noticeable but not too obvious. Next, they ask you to draw another shape around the one you just drew. Again, they will make a circular motion in the air to condition your mind into drawing a circle.

The mentalist will then ask you to close your eyes and concentrate. Once you are done they ask you to look straight into their eyes and they give you your perceived drawing.

The mentalist asks you to think of a card symbol and draw it on a mental screen. While doing this they form the shape of a diamond to illustrate a screen. Next, they ask you to think of a card number with a low symbol or single number and place it on the screen. During this period they make fast motions illustrating the letter three. They then show you a card and ask you if it is what you had in mind. The card will be of course 3 of diamonds.

This is a card trick. The mentalist shuffles the deck and spreads them out upside down. They then ask you to pick a random specific card without looking and hand it to them. Once you do they look at it and place it face down. They do this for two more cards. The mentalist then chooses to pick the fourth card. They then pick up the cards and present them to you in the order asked.

When the mentalist first shuffled the cards, they committed to memory the bottom card before spreading them out. That was the first card they requested for. After you pick the first card they look at it and ask for it next and so on. The last card they pick was the last one asked. They then pick up the cards before presenting them so that you cannot see they are in the wrong order.

How is Mentalism Different From Magic?

Different aspects of mentalism distinguish it from magic. One aspect is the kind of tricks performed. Magical tricks are more visual. With magic, there is needed for props and costumes, while mentalism requires a close up personal touch to work. Mentalism is meant to leave the audience questioning their belief, while magic to everyone is an illusion that we can all learn to perform.

It provides an insider secret on how to perform various tricks for aspiring mentalist. The book covers almost every aspect of mentalism.

It implores on the authors, life in mentalism. The book also shows 200 effects of bizarre magic and mind reading.

It contains principals to master cold reading and every tool you will need in mastering the art.

The book explains the art of reading minds by reading people’s body language. The book will show you how to use verbal language to establish trust and command authority.

It implores on the most important tricks and categories in mentalism.

I recommend this post if you want to know about more Mind reading books.

Why learn to Mentalism?

Mentalism can be like a hobby. You do not necessarily have to attend a school or any formal education to learn it, as long as you got passion, you can learn it by yourself. It also gives you the choice of an additional professional or your main one if you may. One can choose to book gigs to perform in their leisure time for an extra buck. Perhaps you could also go professional perform on TV shows, live programs, write books or blogs and so on.

The principals taught in mentalism promote confidence and will enable one to have a better social and private life. An additional benefit is manipulation. This is especially a good if you are a marketer.

He was born on 12th January 1935. He prides himself as an entertainer. His best trick involves getting the audience to hide his paycheck when he is off stage. He then comes back and finds it.

He was born on 27th February 1971. He is an English mentalist and illusionist. He has exposed people who claim to have supernatural abilities and the methods they use.

He was born on 28th April 1892 and died on 9th March 1975. He claimed to be able to replicate the tricks that use spiritual phenomena.

Jeff and TessaEvansons are a mentalist couple. In their act, Tessa stands on the stage blindfolded. Jeff then goes around getting personal effects from people. She then guesses what the personal effect are and personal details about their owner.

Keith was born on 2nd October of 1976. He is an Irish mentalist, hypnotist, a magician, and activist. His best act involved being tied to a chair in a tight sealed shed rigged to explode on a 2 minutes timer and was able to escape.

3 mentalism tricks to play on friends.

Get a friend to lie on the floor face down and have them completely relaxed. Then ask them to stretch their hands forward. Lift their arms to your waist level and hold them there for about 30-60 seconds. Now lower them slowly. They will feel like they are free falling and will mostly call out before reaching down.

Write the word ‘carrot’ on a piece of paper and give it to your friend but ask them not to look. Ask them what 1+1 is, then 2+2 and so on until 8+8. Now ask them to name a vegetable. 90% of the people will name a carrot. Ask them to look at the piece of paper after they answer you.

Ask your friend to think of one finger on their hand and commit it to memory. Next slightly press on each of their fingers on one hand. They will subconsciously give a little resistance on the finger they choose. For an added effect, you can place their hand on your head to avoid giving away your secret. 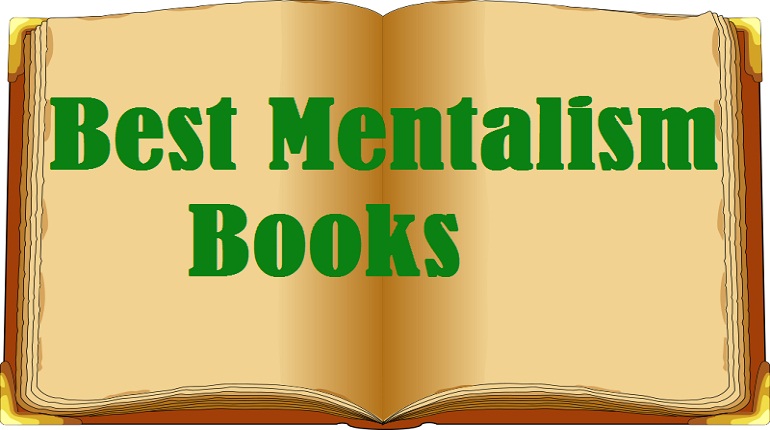 List of Best Mind Reading Mentalism Books You Can Buy From Market Over the last decade, mentalism has had a huge popularity growth, massively expanding as a commercial form. That, of course, attracts a great Read more…