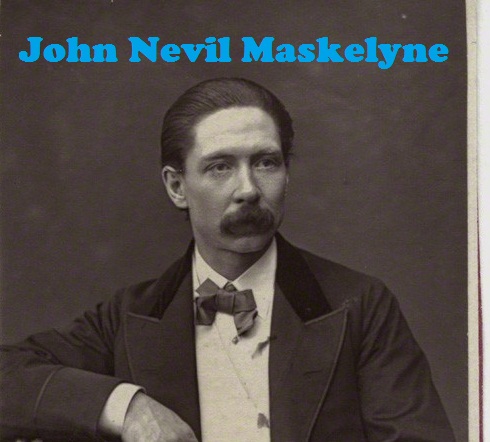 John Nevil Maskelyne was born on the 22nd of December 1839. He had acquired many titles during his lifetime like “Magician” and “Inventor” although he was famously known for being a world class magician. He is credited as the one who invented the pay toilet in London where one had to drop a coin to be able to use the service. He also invented other numerous gadgets in his lifetime. He is considered by most magicians as a pioneer and a legend because most of his stunts, illusions, and tricks are still performed to this day. He was also a great author and he wrote a great book known as ‘Sharps and Flats; A complete revelation of the secrets of cheating at games of chance and skill’. He was also the founder of the Occult committee which had the task of looking into suspicious fraudulent cheats in the magic world.

Maskelyne was born in Cheltenham, Gloucestershire in England. He initially a watch maker and he excelled in the craft. He, however, had a real passion for magic and this passion was fuelled when he once attended a show in his local town hall. The performers were a group by the name ‘The American Darenport Brothers’ who were famous for claiming to have supernatural powers. Maskelyne was from the onset skeptical about the existence of supernatural powers and he never believed they existed. He attended the show with all this skepticism in his mind. The Darenport brothers performed their famous ‘Spirit cabinet illusion’ where it really looked like there were some supernatural beings in their specially built cabinet. After carefully observing the illusion John Nevil Maskelyne bravely intimated to the crowd that the illusion was a fraud and that it could be performed without the use of any supernatural powers. He set forth to prove his theory by enlisting the help of his friend who assisted in building a cabinet that they would later use in their act. His friend’s name was George Cook and this was the start of a long time magical partnership between the two. In 1865, in front of a capacity crowd in Cheltenham, Maskelyne and Cook exposed the Darenport brothers by performing the Illusion without any so-called supernatural powers with the aid of their specially designed cabinet. They later extended that one act into a whole show where they would perform other tricks and illusions like a famous one where both he and Cook would fully morph into real life Gorillas. They started getting large crowds for their shows and that’s how their magical careers began

As audience numbers began to soar, they started venturing out of their territories and into other towns where they took their performances. They started organizing tours which were very successful and gave them a lot of exposure. It is at this time that they turned into real professionals who could perform many magic tricks and leave audiences in total dismay. However, the crowds and hard work did not translate into real money and at one point Maskelyne and Cook were really poor that it was very difficult to make ends meet and pay the bills. By a stroke of luck one day as they were performing in Liverpool, they happened to meet an agent – who at the time was also starting to practice his trade – by the name William Morton. William was really impressed with the

By a stroke of luck one day as they were performing in Liverpool, they happened to meet an agent – who at the time was also starting to practice his trade – by the name William Morton. William was really impressed with the Duo especially with their intelligent acts and charisma. He saw them as a viable opportunity in the entertainment scene and a stepping stone for his career. He approached John Nevil Maskelyne and Cook and started financing their acts. He also paid both magicians a standard salary which was really helpful to cater for their families and their many bills. Through Morton, the duo were able to traverse the whole country performing their illusions to many different magic enthusiasts all around England. William really made them professional thanks to his excellent organizational skills and an keen eye for talent. They became a household name all around the country and everyone suddenly knew who they were. One notable venue that they performed at was the Crystal Palace which at the time was a very big star attraction point. It reached a point where they had to get a place of their own and this is where again William stepped in. John Nevil Maskelyne purchased the Egyptian Hall in Picadilly which was a rundown, beatdown, washed up the hall at the time. He then renovated the place to perfection and invited the magicians to hold regular shows there. It was a great success. People now knew where they could get the magicians and on which days which was very good for business. William, Maskelyne, and Morton had a firm business relationship for over 20 years and they remained great friends for a long time.

Maskelyne had a lot of achievements that he was very proud of. He invented very many illusions and tricks that are still applied by magicians in their acts to this day. He also had an unbelievable in born talent of figuring out how magic tricks worked just by observation. In fact, John Nevil Maskelyne is the true inventor of the levitation illusion contrary to what many people might think or believe. The levitation illusion is usually credited to the legendary Jean Eugene Robert Houdini who many consider as the father of modern magic. However, on closer investigation, people will realize that what Robert invented was the ‘Broom Suspension’ which was a complete variation of the original levitation illusion created by Maskelyne. Harry Keller is also identified by Magic scholars as the man who invented the levitation but this is also not true. Recent evidence has uncovered that Harry indeed bribed one of Maskelyne’s attendant to sneak to him the instructions on how the illusion was to be performed. He went ahead and performed the illusion, and fraudulently claimed that he was the inventor of the trick. Maskelyne was the real father of levitation and the truth finally came out to support this fact. Unfortunately, in 1905, Cooke passed away and Maskelyne was forced to look for another co-magician. He found a suitable replacement for Cooke in David Devant who had been with the group as a helper for a couple of years before Cooke’s death.

John Nevil Maskelyne became a member of the distinguished ‘Magic Circle society’. During his whole career, Maskelyne repeatedly denied that supernatural powers existed in the magic world and he did everything in his power to expose fraudulent individuals who claimed they had supernatural powers. He founded the Occult committee in 1914 to investigate and flush out these people who were giving magicians a bad name at the time. He famously denied that the Indian Rope trick had any supernatural phenomenon around it and he proved it by performing the trick. Some people claimed that he himself had some supernatural powers because he was able to perform this trick but Maskelyne continuously dismissed these claims saying there was nothing supernatural in the trick and in any other trick. He also famously exposed the fraudulent ways of a medium by the name EusapiaPalladino.

John Nevil Maskelyne was an incredible author during his time. He managed to write some amazing books which are still considered works of art even today. In 1894, he wrote the ‘Sharps’ book that has become a really useful tool for all magicians and gamblers alike. He exposed the fraudulent techniques that gamblers use in Cardsharp dealings and techniques. Although there were other gambling books that had been written, none was as comprehensive and detailed as the one written by Maskelyne. It exposed most of the fraudulent techniques that are used by gamblers, especially in Cardsharp performances. It is widely used and considered an authority on this subject. Maskelyne also authored other important books during his career. He authored books on Theosophy and Spiritualism. He authored a book called ‘Anomalistic’ which touched on subjects like the occult, religious extremism and the paranormal.

Apart from being an accomplished magician, Maskelyne was also a great inventor especially of items during the Victorian era. He is acknowledged as the one who invented the door lock used in toilets that required coins to operate, he also invented Psycho which a whist playing automation which he employed in his numerous shows. 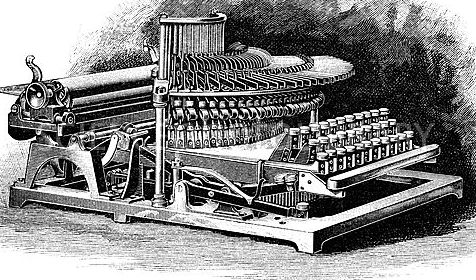 John Nevil Maskelyne was blessed with one daughter and two sons. He is a father to the also legendary magician and illusionist –Nevil Maskelyne- who has also achieved a lot during his life as a magician. He is also the grandfather to Jasper Maskelyne who had a fantastic history with magic. He is the famous war magician who was able to employ his craft and skill into the Great War. He managed to fool the enemy with decoy tanks and whole villages during the war. He later claimed that the decoys were an elaborate part of his illusion.

John Nevil Maskelyn died on May, 18th 1917. His legacy will however, live on forever.