Bess Houdini : Female magician and the wife of Harry Houdini. 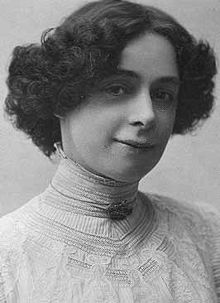 Bess Houdini, born as Wilhelmina Beatrice Rahner in Brooklyn New York, was the wife and stage assistant of the legendary Harry Houdini. Her date of birth is not surely known, as with her famous husband. Some say it is the 22nd of January, 1876, others say that it is the 23rd or even put the year as 1875.

How Harry and Bess Houdini met and got married. 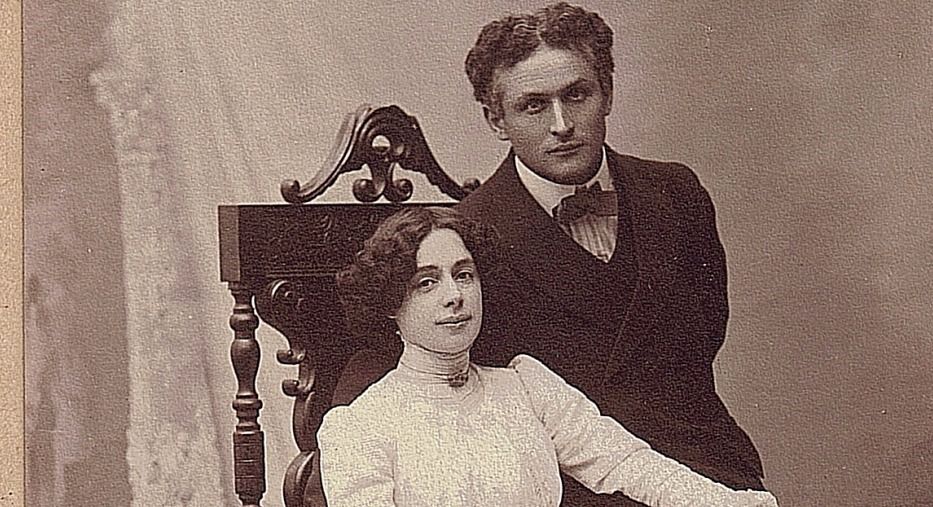 Bess was not a native American, her family originally being from Germany. Her father was a cabinet maker called Gebhard Rahner and her mother was called Balbina Rahner. Just like her husband, Bess Houdini was caught in the showbiz early, in her teen years. She met Harry while she was working in Coney Island in ‘The Floral Sisters’, a song and dance act. At the time, Houdini was performing his acts accompanied by his younger brother, founder of the Magician’s Guild, Theodore Hardeen, also known as Dash. He was the first magician to perform the act of escaping from a submerged straitjacket in front of an audience, rather than behind a curtain. It was him who first courted Bess but, unfortunately for him, she fell in love with his older brother, Harry, whom she married on June 22, 1894.

Harry and Bess Houdini working together as Houdinis 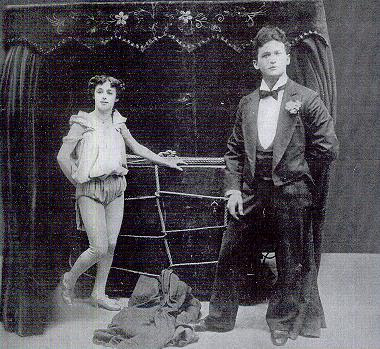 Bess replaced Dash in Houdini’s performances, as Houdini’s trusty assistant. The couple performed together as The Houdinis for several years. After Harry’s huge success as ‘The Handcuff King’, they only occasionally worked as a duo, performing the ‘Metamorphosis’ stage illusion. When they were not performing this act, Bess took it upon herself to make sure that, as she said, her husband was well dressed and had clean ears. She also made Houdini’s costumes for his full evening show, took care of their collected dolls and their pets, particularly their dogs.

Bess suffered from a condition that prevented her from having children, as her niece Marie Hinson Blood said. It is safe to suppose that this had a great impact on her affection towards the dogs. The couple had two dogs, named Charlie (photo) and Bobby. At some point, they 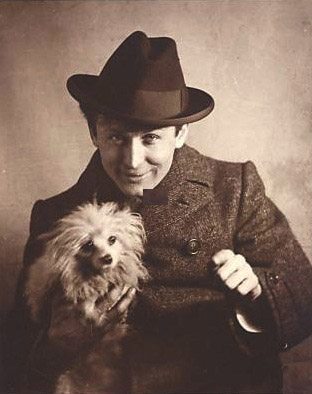 even had to smuggle Charlie across borders, when the dog accompanied them on their first European tour. The Houdinis adored the little Pomeranian ball of fur, which they had from the Grand Duke of Russia. Eight years after being adopted by the Houdinis, Charlie died, leaving both Harry and Bess with a broken heart. Bess then brought another canine member to the family when she bought Bobby, a fox terrier, from a butcher who would not let her feed the dog a bone. Houdini even taught this one to escape from a straitjacket and a pair of miniature handcuffs, calling him ‘Bobby the Handcuff King’. As with Charlie, the Houdinis had Bobby for eight years, and after his death, Houdini wrote an affectionate eulogy for ‘his good faithful Bobby’. The eulogy, originally published in MUM Magazine, is reprinted in Gibson’s ‘Houdini on Magic’.

After the death of Harry Houdini

After Houdini’s death in 1926, Bess ran ‘Mrs. Harry Houdini’s Rendezvous’, a tea room in New York, which is currently the site of Rockefeller Center. She occasionally performed by herself but also continued promoting her late husband’s legacy along with Edward Saint, her manager, and companion. In 1936, they held the legendary Final Houdini Séance on top of the Knickerbocker Hotel. Two years later, Bess helped form a group of female magicians and enthusiasts called ‘The MagiGals’. She also had a role as herself in 1938 in ‘Religious Racketeers’, movie directed by Frank O’Connor.

A much loved and respected figure even today, Bess, the woman behind the legendary Houdini, died on February 11, 1943, aboard a train in Needles, California.

Keen aviator Harry Houdini, born in Budapest as Erik Weisz, has put his mark on our world as a legendary escapologist and magician. The amazing stunt performer is mostly known for his unbelievable escape acts. Read more…