Derren Brown is one of the best magicians, Mentalist, and Illusionist in the world. He is known notoriously for performing out of this world illusions and mentalism tricks. He also has a cool show ‘The Derren Brown Miracle’ where apart from performing his trademark Magic tricks, he also apparently heals people with divine power from God. The most famous of his healings was when he healed a partially blind woman and helped her to completely recover her sight. He is accredited with many illusions and tricks. However, these ten really do stand out Derren brown magic.

This is one of the most dangerous acts that Derren has ever attempted. In this stunt, which he performed in front of a live show, he had the floor of the stage filled with glass. He then apparently cut off the supply of oxygen to his brain and walked barefoot on the extremely sharp glass. He even had a volunteer whose job was to confirm that indeed the glass was real and that he really walked on it. But he didn’t stop there. He then lay on the glass and had another volunteer stand on top of his body. He claimed that the lack of oxygen in his body made him feel no pain.

The System was another one of Derren’s amazing acts that left people in total awe. He aptly used magic, wonder, and deception to correctly predict horse race winners. In fact, he went as far as convincing one woman to place a lot of money on a particular horse. The woman placed the bet and ended up winning lots. He then afterward convinced the woman to bet her total winnings.

Derren was really audacious with this one. He came with a pack of cards and plucked a famous comedian –Fry- from the audience and asked him to think of any card. What happened next was really unexplainable. The card that Fry thought of suddenly appeared as his own smoke which he was puffing at. When both Derren and Fry tried to look for the card in the deck, it was nowhere to be found. Everyone was left in shock.

What most people don’t know is that Derren employs Hypnosis in most of his tricks. Though he may not agree with the conventional meaning of what Hypnosis is, he will still look to use it in many tricks and illusions. Actually, Brown is a qualified Hypnotist who can do it professionally. What he does on his shows, however, is that he will combine Hypnotism and Magic and use both of them very innovatively so that no one will be able to tell the difference between the two. He will basically ask a volunteer to sit still. He then counts to ten and snaps his fingers, throwing the volunteer into a trance. Others have claimed that he has made them stay rooted on their seats, forget their names, and feel no pain.

Some people claim that this is Derren’s best trick to date. In front of a packed audience, Derren was able to single-handedly predict the six digit lottery. He wrote the predictions on six white balls which turned out to be very correct. He revealed the numbers on live TV and just before the National Lottery had finished revealing their numbers. During his live presentation, it can be clearly seen that the balls are in full view of everyone and that nobody tampers with them.

In this absolutely bonkers stunt, Derren had an audience member hide a very sharp nail inside one of six disposable bags. The nail was positioned in such a way that it could easily harm anyone who played around with it. The bags were six in total and they were arranged vertically on the table and mixed up completely so that no one would know where the one with the nail was located. He then came up on stage and started slamming the bags against the table. He went on slamming the bags until he just left one. The one with the nail.

In this absolutely horrifying trick, Derren picked up an audience member called Stephen Brosnan and started interrogating him. Brosnan claimed he had a lot of problems getting his life in order. He sounded lazy, and totally lacked any vision in his life. Derren wanted to change his perception of life albeit in a crazy way. He managed to convince Stephen that there had been a Zombie apocalypse and that he was the only survivor. What’s shocking is that Stephen actually fell into the trance and began believing that he was really the only survivor.

Brown has over the years employed the use of NLP which stands for Neuro-Linguistic-Programming. These are Pseudo-scientific methods which he uses to be able to reach out and communicate to an individual. These methods have been known to guide other people’s thought processes by just using language and reprogram completely a person’s neurology. He used NLP effectively in the BMX trick where he used suggestion techniques to install a false memory into Simon Pegg’s head. Derren usually combines NLP wit magic, psychology, misdirection, and showmanship.

Cold reading techniques have been used by mentalism experts for a very long time. The magician will appear to mind read someone else’s thoughts although they are complete strangers. They will also reveal very personal details about the person that only the person can only know. Derren will reveal most details about the person’s life, his interests, fears, and memories. There are no supernatural powers used here, just mastery of cold reading techniques. Most Psychics and Astrologers use cold readings in their trade. The methods of Cold reading that are very common include shotgunning, Barnum statements and rainbow ruse.

These are some of the greatest Derren brown magic tricks. There are many more tricks that he has performed because he is also a great magician and illusionist, but these are some of his best to date. He continues performing all over the world, dazzling audiences everywhere with unexplainable, mind blowing tricks. You can also find other cool tricks and illusions on his show ‘The Derren Brown Miracle’. 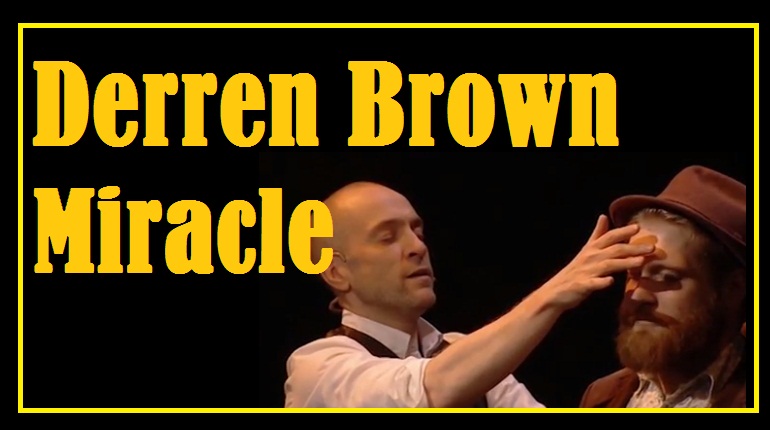 Derren Brown Miracle: How Does He Do It?

Derren Brown is one of the most respected and revered magicians, Illusionists, and mentalists of all time. He has honed his skills as a result of many years of performance and experience. It is, therefore, Read more…