Derren Brown Miracle: How Does He Do It?

Derren Brown is one of the most respected and revered magicians, Illusionists, and mentalists of all time. He has honed his skills as a result of many years of performance and experience. It is, therefore, true to say that Derren is a master of his art and that he is one of the best mentalists on the planet. Brown has wowed audiences all over the world with his brand of magic that mainly incorporates mentalism acts that leave the audiences breathless. He works on the fringes of the supernatural and the unexplainable. He acts tend to depict him as a being endowed with a supernatural ability that cannot be explained. He can read minds, cure people and even predict some future occurrences. This can only mean one thing, Derren Brown shows including “miracle” are a must-attend an event if you want to see the truly unbelievable.

Derren Brown and his show Miracle

But it doesn’t stop there. Derren Brown has gone a step further by having a highly rated show “Miracle”. He has a famous mentalist show known as the Derren Brown Miracle Show which has been a great success all over the world.

The show is all about showcasing Derren’s talents before a live audience, much to the audiences’ surprise and astonishment. He will usually perform all his trademark illusions like mind readings, cold readings and an array of different mentalism tricks and illusions. Finally, Derren will usually perform his world renowned Faith healing session which has earned Brown a lot of fame over the years. In this unique and extraordinary Miracle show, Brown will deal with different people’s problems, including spiritual problems.

But What Derren Brown is really known for in this show is the way he uses his abilities to supposedly heal people of their diseases using divine powers from God. He will usually heal sick people and even the blind. All he will ask for is for the person getting healed to exercise some degree of faith. Even other neutral members of the crowd who appear less than impressed with Derren’s apparent powers are also treated to some of his ‘powers’.

But before the show(Derren brown Miracle) gets to the Faith healing stage, there are a couple of mentalism illusions that Derren will usually begin with. Some of his more famous acts on the show include;

The bags with nails act – In this act; a really sharp nail is hidden in one of about four barf bags by a volunteer. It will usually be placed in such a way that close contact with force will result in immediate injury. The bags will then be mixed up without any proper pattern. Derren Brown puts his abilities to the test when he then starts hitting the bags against the table. He will go one by one and the funny part is that no nail will pierce his hands or impale him, and by the time he is through with the act, he will have collapsed all the bags with his hand without getting hurt.

Next, Derren will usually perform his ‘Predicting Sentence’ act which will see him have a writing board on stage –usually a whiteboard. He will then call on the audience to work with him on the Trick. The audience will come up with one sentence collectively from the input of most of the audience members. When the final sentence from the audience is revealed, it will usually match another one that Derren had written down before and trapped in a balloon that had been flying around in the studio.

Some Notable Healings in Miracle Show

After all these basic mentalism illusions are done, Derren will finish the warm up session and now delve into the real show. The real show is all about the Faith healing session where Derren gets to heal some members of the audience. The most famous healing to ever happen in his show was the healing of a woman who was partially blind. After the apparent miracle, the woman looked like she had really acquired back her sight.

Here’s how it happened. Derren called on Danielle who was a member of the audience that day. She was a woman who was at the time 45 years old and with partial blindness. She could not be able to read properly due to the condition. Derren asked Danielle to remove her glasses which she wore everywhere.

He then proceeded to ask her if she was a believer of God. Danielle replied by saying that she had never encountered any proof in her life to verify that God really did exist.

Derren then proceeded to place his hands on her eyes and prayed to God to heal her. He then went on to wow the crowd by claiming that Danielle’s problem was her optic nerves which he claimed were damaged, especially the one on her left eye.

Danielle would later be proclaimed cured and to prove this she was given a bunch of magazines to read which she read with ease. One of the audience members seemed really unimpressed with the proceedings. Derren would then turn his vision into a 20/20 making him unable to read.

How Derren Brown is Able to Perform Miracle

If you have watched Derren Brown’s show, ‘The Derren Brown Miracle’ you will no doubt have some questions and queries about exactly how he is able to pull off those tricks especially the healing stunts. Well, what’s fact is that there are no supernatural powers used here, just a combination of excellent performance and some technique. Here’s how he does it. 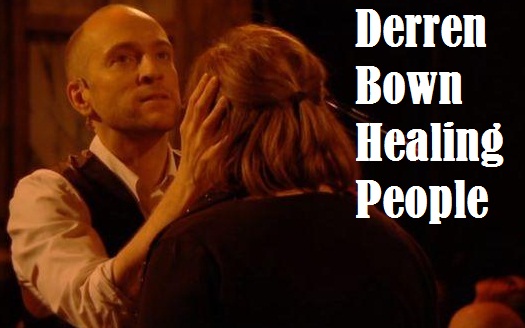 Before Derren is able to perform those wonderful ‘miracles’ before your very own eyes he has to ensure that he captures your attention through his own confidence. To attain a high level of confidence, Derren will usually put in a lot of hours into practice before the show. He will not only practice his routines, he will also practice with his confidence and audibility. The first step to having others believe you is to make sure you are confident in yourself. Derren puts in a lot of time into his act in order to make sure he even has a lot of tricks in his bag.

To help the audience get into the act, and for credibility purposes, Derren will always divulge details of his tricks to the audience during his performances. This enables the crowd to have complete trust in him.

All his shows always have a holistic theme which helps to grab the attention of the audience by evoking the supernatural which every human being is always curious about. Background music during the show also helps in ensuring alertness and concentration.

Neurolinguistic Programming is also used by Derren. He will effectively use body language, color schemes, eye contact and hand shaking to capture the attention of the audience and make them submit to his will.

Cold readings, Suggestion, Social pressure techniques and the Placebo effect are all methods that Derren usually employs to make sure that his tricks work efficiently and as planned. To know more about Derren Brown. 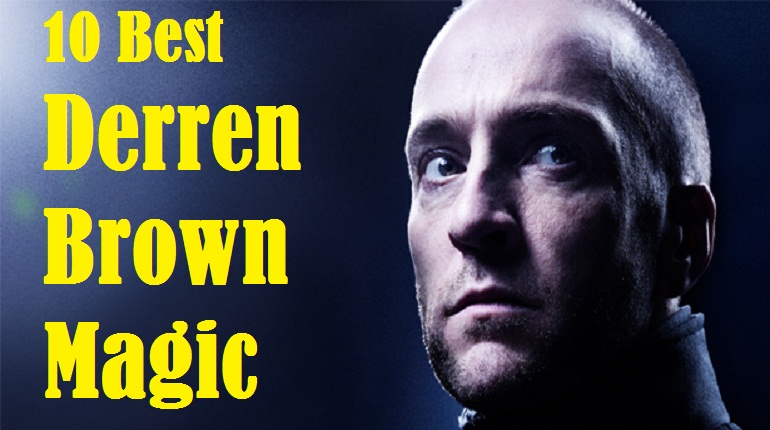 Derren Brown is one of the best magicians, Mentalist, and Illusionist in the world. He is known notoriously for performing out of this world illusions and mentalism tricks. He also has a cool show ‘The Read more…