How does Mentalism work? How to do mentalism? beginner’s guide to Mentalism.

You might have watched ‘The Mentalist’, or heard of individuals who appear to have supernatural powers. Used in a lot of fields, from magic to criminal profiles, mentalism is a powerful tool of human behavior interpretation. So how to do mentalism? How does mentalism work?

Mentalists are often regarded as psychics, or even considered to have supernatural powers. Of course, there are, one could say, too many fake mind readers and mentalists who claim to have certain supernatural powers or God-given gifts. Despite that, most mentalists clearly state that what they do has absolutely nothing to do with the supernatural or anything of that sort.

Although mentalism can be considered as a branch of magic, serious mentalists never incorporate magic tricks into their acts. In the case of magic, the audience knows very well that everything is a trick. They know they are getting fooled. While magicians need to practice more physical skills, such as sleight of hand, mentalism is mainly based on deduction, suggestion, photographic memory and attention to detail.

So really, How does Mentalism work? 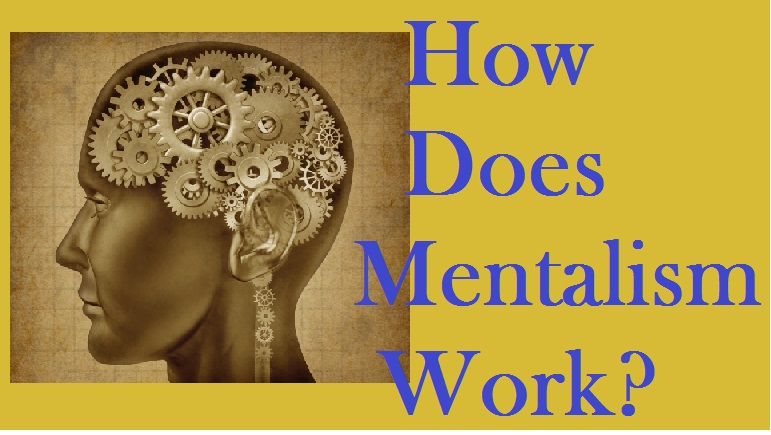 In the field of mentalism, body language is of great importance. Body language is a type of non-verbal communication. An individual may offer certain information without even knowing it, through the movement of their body. This includes posture, gestures and facial expressions. For example, if during a conversation, a person has their arms or legs crossed, it might mean that they are not really interested in the subject of the discussion, or that they are impatient. Handshakes can also say a lot about a person. For example, a firm handshake shows confidence and is considered to make a great first impression. From posture to eye movement and even breathing, a person can send a lot of messages without even knowing. Mentalists study these non-verbal signals and use them to give the impression of reading minds.

One method that mentalists use to make the audience feel like their minds are read are ‘shotgun’ statements. To understand how does mentalism work, You need to understand how ‘the shot Gun’ work.The method was billed this way because it relies on using general information, which will definitely apply to some of the audience. For example, a mentalist might say ‘you have recently lost an elderly relative’. In the case of a big audience, that statement will most certainly apply to someone. While the statement is really vague, the person who has, indeed, lost someone, will feel a very personal connection with it. Another great tool that mentalist uses are Barnum statements. These statements rely on the fact that people want to believe. Therefore, most people will look for information that fits them. While seeming very personal, Barnum statements apply to the most majority of people. Here are a few examples, see if they fit:

– You have a tendency to be critical of yourself.

– You consider yourself to be an independent thinker and you do not accept statements without proof.

This method is used by, as we said earlier, a great number of fortune tellers, mind readers or faith healers in order to earn money from gullible people.

We were talking earlier about body language. A good trick is to tell the subject to think of a word and repeat it. While they do this, the mentalist keeps talking, so the subject will often unconsciously slightly move their lips, mimicking the word that they are thinking about. In that moment, the mentalist can figure out what the word is, or even the first or last letters. If the mentalist manages to figure the first and the last letter, the rest are easy to discover. Of course, like any other skill, this requires a lot of practice.

For those who have been asking themselves how does mentalism really work?, here’s another technique. Just like in magic, misdirection has a huge role in mentalism. Also, body language can also be used by the mentalist to plant a thought into a subject’s mind. People are very suggestible, and with a combination of attitude, gestures, and patter, a mentalist can easily manipulate the mind of a subject. For example, let’s say a mentalist wants to influence a subject into thinking of the word ‘ring’. The mentalist can plan everything he will say prior to the performance, including the word ‘ring’ in the patter. The mentalist could also quickly glance at his ring, from time to time, while speaking. The subject will unconsciously focus on that, so when the mentalist would finally tell them to think of an accessory, the probability that they’d think of a ring is very high.

While it is a very entertaining form of art, mentalism is believed to have been used to manipulate influent people for personal or political gain. That being said, always be aware that people might try to influence you, and always try to be certain of your own thoughts.

Hope Now you have basic knowledge on how to do mentalism and you got the answer of your question”How does mentalism work ?” 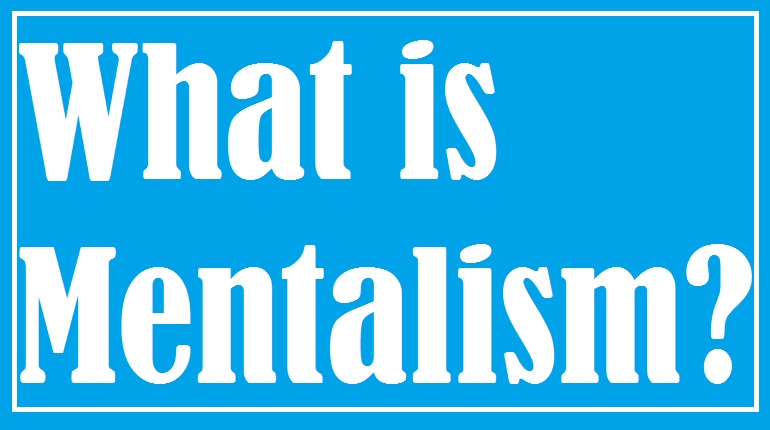 Mentalism can be described in many ways. One description refers to it as the magic of the mind and imagination. It can also be described as the demonstration of a high mental or intuitional ability. Read more…