Jasper Maskelyne :Biography about his life and Career of a War Magician 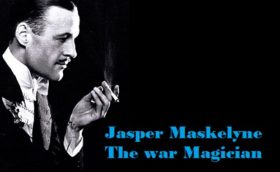 Jasper Maskelyne was a stage magician who used to perform his magic even during the war, thus he gained the name the war magician. He is from a long family line of stage magic performers. He is the son of Nevil Maskelyne and he also was the grandson of John Nevil Maskelyne who were both stage magician performers. He was born on September 29, 1892, in Wandsworth, London, England. He is well known for helping the British army together with his magic gang to defend their bases, supply, and even Bays against their attackers.

How Jasper Maskelyne made the Bay disappear(His biggest trick ever)

He is claimed to have once made a port disappear so that the German bombers, who were attacking them at the time could not find it. Sound impossible doesn’t it? Well, he and his Magic Gang were given the task to make Alexandria bay to disappear so that their attackers, the Germans, could not find it since it was there that they received most of their supplies through British ships. Jasper Maskelyne teamed up with his Magic Gang and they drew up a plan to make Alexandria bay to disappear. First Jasper and his Magic gang drew up some plans. They decided that they would create a fake Bay in another area using cardboards. This was obviously going to work since the German bombers were attacking through the sky, that is using aircraft, so when they looked down at the fake Bay they would think it was the real Bay.Too bad for the Germans for they did not have GPS tracking systems on them. Jasper Maskelyne and his Magic Gang therefore, ordered for all the lights on Alexandria bay to be switched off and those on the fake Bay which was at Maryat to be switched on. Well, the illusion worked perfectly for 3 days. From then on Maskelyn helped the army to create decoys like tankers which were used to scare off the German attackers and their allies attackers. He even once created a dummy Sherman tanker which scared the hell out of his attackers.

Jasper Maskelyne as a stage magician 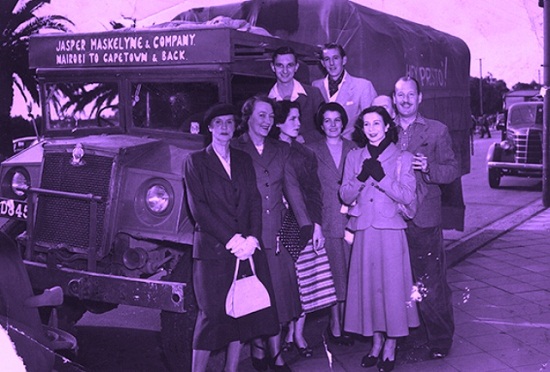 Apart from creating decoys for the war. Jasper was a well-known stage magician/illusionist. He even wrote the Book of Magic in 1936 which described his magic tricks like the hand sleighing and his card and rope tricks. Jasper entertained large crowds where he even used to eat razor4 blades from a box one at a time.

Jasper Maskelyne in the Army 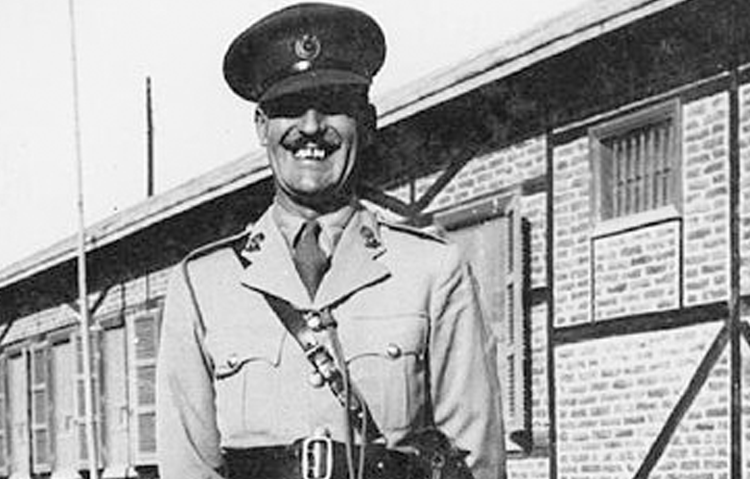 When World War II broke out, Jasper Maskelyne, the war magician decided to join the Royal Engineers since he thought that his skills would be very useful in helping the army to camouflage. In 1940 Maskelyne was trained at the Camouflage Development and training Centre where he claimed that a lifetime of hiding things had taught him how to camouflage more than tigers and rabbits will ever know. He claimed that the training was boring. One of the people in the Royal Engineers claimed that he used to entertain them at Farnham even though he was rather unsuccessful at camouflaging concrete pill boxes. 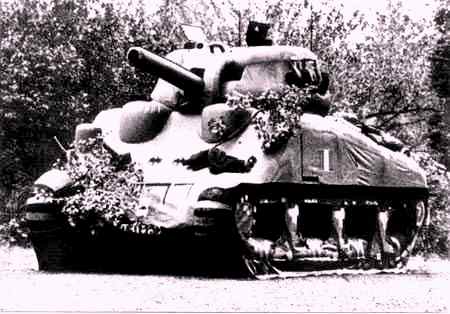 He worked in operation Bertram. His job was to make sure the German Field Marshal thought that the attack was coming from the south while it was coming from the north. This was done successfully. To trick the German Field Marshal he and the Magic gang camouflaged a thousand tankers that were in the north to look like trucks and on the south they put 2,000 fake tanks with convincing pyrotechnics. All these worked perfectly and to add a little more fake camouflage into their tricks, they built a fake radio conversation, fake railway line and even fake sounds of construction. They also constructed a fake water pipeline and made it appear as if it wouldn’t be ready before attacks. All of these succeeded and they won the attack which took the German Field Marshal by surprise.

Jasper Maskelyne after the war

After the world war II the Magic Gang disbanded although Maskelyne received praise from Wiston Churchill, he did not receive the appreciation he desired. He tried to resume his career as a stage magician but he was unsuccessful. He then moved to Kenya where he helped fight the Mau Mau and he also opened his own driving school. He died in Kenya in 1973.

Reception of his works

Well not everyone believed in his stories mostly the military historian and Magician Richard Stokes. Stokes writes and states that many chronological inaccuracies and unsubstantiated events, concluding that Maskelyne’s wartime exploits had been heavily fictionalized. He even cats out the presence of two Maskelynes doubting whether Jasper Maskelyne was descended from Neil Maskelyne the famous astronomer.