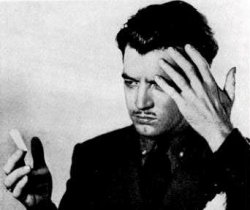 Theodore Annemann was Born as Theodore John Squires on the 22nd of February, 1907, in East Waverly, New York, Theodore (Theo) Annemann was a professional magic performer from America. He specialized in the field of mentalism and is best known for inventing and refining many of the standard mentalism routines that are still used by magicians 75 years after his death. 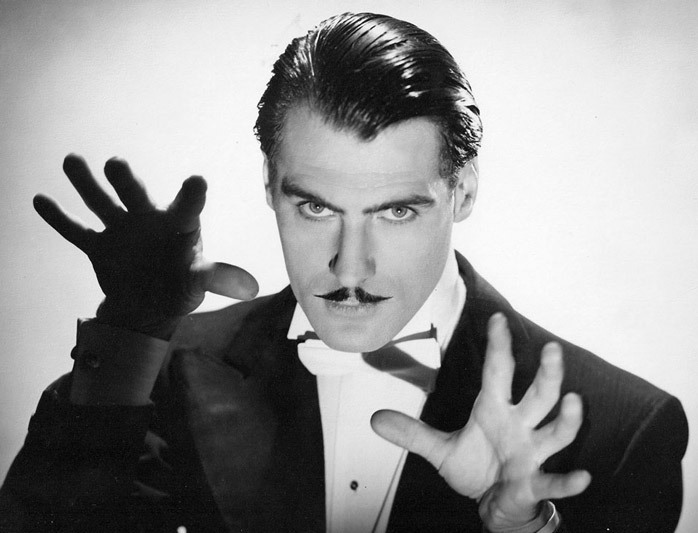 Fred Squires, the natural father of Theodore, left him and his family when Theodore was only two years old. Flavilla, Theo’s mother, soon remarried to Stanley Anneman.
Theodore’s interest in magic first sparked when he was only ten years old after one of his friends showed him the common ball and vase trick. From then on, he took a great interest in all things magical. At some point, his new found love for magic started affecting his school work. His mother, concerned by her son’s obsession with magic and lack of interest in getting a formal education, decided to burn all his magic supplies. This did not stop young Theodore from pursuing his passion. As a result, after approximately 15 years, he sent his mother a bound copy with the first 50 issues of his own magazine, ‘The Jinx’. He attached a note to that, telling his mother that after she had thrown his books in the furnace, he decided to try and ‘write one’ for himself.

As a teenager, Theo Annemann began performing magic tricks around his hometown, Waverly. One of the tricks he performed was the Substitution Trunk. This act, though, required another person, so he asked his younger brother, Leland, for help. However, Leland did not share the same enthusiasm for magic as his older brother, so Theo had to pay him handsomely for his assistance. Around 1923, Annemann became aware of the various magic magazines available. As IBM’s ‘Linking Ring Journal’ and ‘The Sphinx’ were considered to be the most informative materials for magicians at that time, he decided to subscribe to them. By the age of 17, Theodore Annemann began to make a name for himself with the art of magic. His performances were mainly based on cleverness and intuitive abilities, rather than dexterity and physical techniques. Also, he was already contributing to the two journals mentioned before. He began publishing some of his effects and sometimes he even stole others’ tricks, claiming them as his own. Nevertheless, there is no doubt that he possessed a remarkable skill in turning even the most basic card trick into a ‘mental miracle’. Still, as a young man, he worked as a railroad clerk. It was just after that he broke into show business. First, he did it as a singer and magician’s assistant, and later as a successful performer in his own right.

The switch towards Mentalism

Ed Marlo, a renowned prestidigitator who specialized in card magic, had a great influence on Annemann’s ideas and approach to mentalism. Although the magic effects that Theo created often used old principles, he managed to inject his own personality and methodology. His methods were original and emphasized bold and subtle approaches
over sleight of hand or more complex ones. Annemann channeled all of his impressive creative and intuitive skills in the direction of mentalism as soon as he first caught a glimpse of the art. His efforts lead to his emerging as one of the leading mentalists of his era. He became known as ‘Annemann the Enigma’.

In October 1934, Theodore Annemann’s ‘The Jinx’ was published for the first time. Each issue contained 48 pages and was originally a monthly publication. The journal’s growing popularity made the author change his mind about this in 1993 when started publishing one every week. ‘The Jinx’ ran for 151 issues, until October 1941. While most of its material was focused on mentalism and spiritism, ‘The Jinx’ also featured ground – breaking effects from other fields of magic. Annemann’s successful journal is still considered essential reading for any aspiring mentalist, while his editorials are considered to of a great benefit to all magicians. The written material within ‘The Jinx’ is still considered the foundation stones of mentalism. When the mentalist was not performing, he kept busy creating magic and mentalism effects and writing about them. He invented the ‘Window Envelope’ by 1931 and ‘Flat Rabbit’ in 1937. The numerous card tricks that Annemann invented and described in ‘The Jinx’ offer an enormous variety for performers to pick from.
One of Annemann’s greatest routines was the one called ‘Pseudo-Psychometry’. The act first required a spectator to collect a number of personal items from audience members. The items would then be placed into either envelopes or bags and mixed up. After that, Annemann would take each bag or envelope and, without looking inside, he would not only describe but also identify its owner. To top it all off, he would then give a character reading about the person.

To catch a flying bullet

On top of everything he has done for the field of mentalism, Theo Annemann was also known for his version of the ‘Bullet Catching Trick’, a magic trick that he performed outdoors. The notoriously dangerous trick has taken the life of many magicians throughout history (Do not try this at home!), including the renowned Chung Ling Soo. Coming back to Annemann’s version of the trick, the handgun or rifle was usually provided by a police officer. From a box of ammunition, Annemann would select a bullet and mark it in some way. While the marksman would load the weapon, Theo would stand holding only a plate. When the marksman would fire at the performer, the apparent shock of being shot would push Annemann backward, causing him to fall. After the fall, the performer would spit the bullet out of his blood – drenched mouth and onto the plate. Besides the blood, Annemann would have suffered no harm. The show’s best moment was undoubtedly the moment that the marked bullet was recognized and affirmed.

The first book dedicated to Annemann’s magic was ‘The Cabinet of Card Miracles’, published by Burling Hull in 1929. Two years after this, Annemann published his first and last hardcover book, ‘The Book Without a Name’. Worth reminding of again is, of course, ‘The Jinx’. Annemann published several other titles, such as: ‘202 Methods of Forcing’, an impressive collection of magic tricks published in 1933, ‘Sh-h-h–!: It’s a Secret’, another collection of magic tricks, published in 1934, ‘Anemann’s Complete One Man Mental and Psychic Routine’ and ‘Annemann’s Mental Bargain Effects’ in 1935. 1937 brought Annemann’s ‘En Rapport’, which is a complete, routine act of telepathy,
mind reading and clairvoyance, designed for two people. Two years later, he published ‘The Incorporated Strange Secrets’.

Theodore Annemann was married twice, his first wife being Margaret (Greta) Abrams. They got married in 1927 and 8 years later they had a daughter, whom they named Mona Lee. Two years after Mona Lee was born, Greta and Theo divorced. One year later, the mentalist married Jeanette Parr. Annemann was scheduled to perform the impressive bullet catch trick for the first time indoors on January 12, 1942. He never got to do it, as he committed suicide two weeks before that. While the exact reason why he chose to do that will always be a mystery, it is well documented that Theodore Annemann had battled with his own demons for many years, including severe stage fright, alcohol, and his two failed marriages.
Although the final curtain fell for the genius known as Theodore Annemann when he was only 34 years old, his work in the field of mentalism still remains unparalleled.