S. W. Erdnase: Biography of the author of the book ‘The Expert at the Card Table.’

S. W. Erdnase is not and was never a real, tangible person but a name created by the author of the book ‘The Expert at the Card Table.’ The author of this legendary magic book has remained a real mystery to this day but on the face of the book’s cover, you will find the name, S.W. Erdnase as the author. The book is a must have for any card trick magician, or gambling cheats and experts alike. So precious is this book that it has passed through the hands of some legendary magicians. The book is all about sleight of hand techniques, cheating, and legerdemain, especially with cards. Regardless of the mysterious author, the book has been a huge success and it has been really important for all magicians who have termed it the ‘Bible’ of Card tricks. The book has been in circulation since 1902. 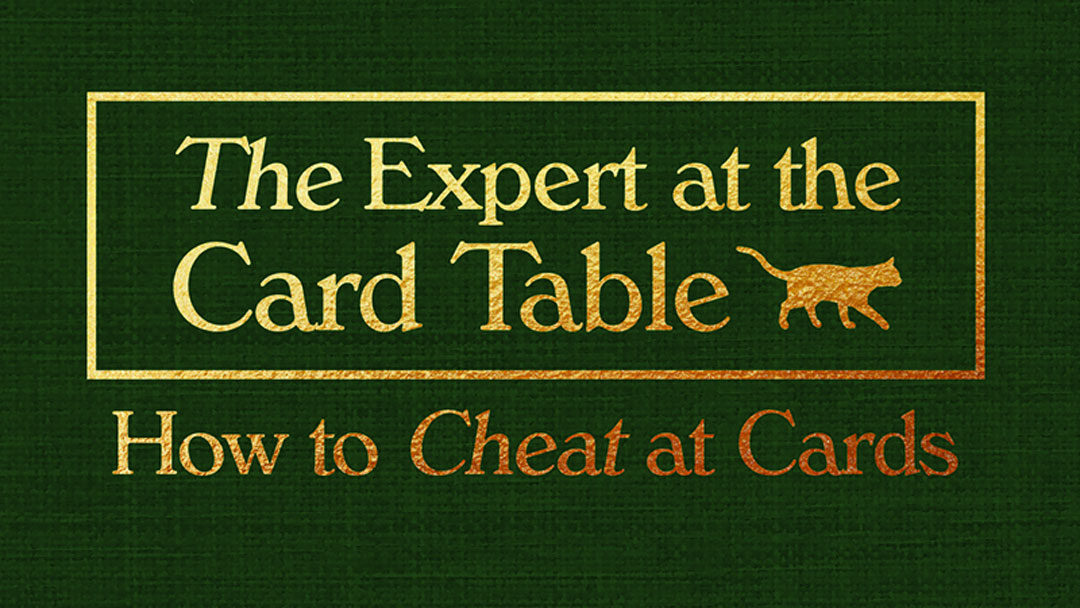 It is a well-known magical fact that ‘The Expert at the card table’ book has no author. It is also a well-known fact in magical quarters that whoever wrote this book was purposely concealing his identity to prevent himself from getting in trouble with the law and subsequently getting arrested. The law in the late 19th and early 20th century was a bit strict because no one was allowed to publish or spread anything obscene to the rest of the public. Unfortunately, gambling secrets and some forms of magic were termed obscene at the time. No one was allowed to write any books on gambling cheating methods which is exactly what the author here did. S. W. Erdnase therefore, had to conceal his identity to avoid prosecution. As the mystery of who wrote this book continued to deepen people started to investigate. The earliest theories as to who S.W. Erdnase was came from spelling the name backwards i.e. E.S. Andrews. The theory suggested that whoever wrote the book was known as Andrews.

One of the first people to be associated with authoring the book was Milton Franklin Andrews. He was a reputable conman at the time who was pretty good at gambling and card tricks. Martin Gardner who was one of the leading proponents of this theory argued that Milton had to be the man behind authoring the famous book. Gardner even wrote a book on the same theory. The book is called ‘The man who was Erdnase.’ Another ardent supporter of this theory was Barton Whaley who fervently concurred with Milton’s book and dug deeper into the subject with his own investigations. He carried out numerous interviews with people whom he suspected knew Franklin and he came up with inferences that indeed he was Erdnase.

Milton had had previous encounters with the law and at the time when this mystery began, he was wanted for being involved in the murder. When Milton was eventually cornered by the police, he shot himself dead and in the process, even injured a friend he was with.

However, there are some critics of this theory who argue that there is no way that Milton could have been the author of ‘The expert at the card table.’ Among the reasons propagated for this criticism include the fact that Milton was not as gifted in writing as the person who wrote the book. Recent evidence in the 21st century has finally confirmed that indeed, Milton was not S. W. Erdnase. The evidence points out the fact that even though Milton was a very good card conman, he was not Erdnase.

Other theories suggest that S. W. Erdnase had to be someone who was socially up the ladder. He had to be someone who was highly educated, and very prominent. David Alexander who was a very great magician at the time did some thorough investigations into the matter and suggested the only person who fit perfectly into this description –Wilbur Edgerton Sanders- who was a renowned mining tycoon at the time. In 2011, ‘Genii magazine’ investigated David’s theory and came up with a lot of circumstantial evidence to support this theory.

There was also another famous conman at the time who was closely linked to Erdnase. E.S.Andrews was actively linked to the author of this book due to a very similar name and the fact that his movements and actions at the time corresponded to the supposed author.

Other theories include the ‘L Homme Masque’ theory commonly referred to as the masked man theory which states that the book was written by a Masque who was a great Peruvian magician. Other names associated with the book are Herbert Lee Andrews, Robert Frederick Foster, James Andrews and Lee Andrews.

This subject has been a very hot topic in the magic world for so many years and it has even been discussed in the ‘Genii Forum’ of 2003.