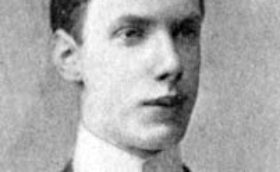 The life of Percy Thomas Tibbles known by his stage name P.T. Selbit began in the village of Hampstead, in the year 1881, unfortunately, the precise month and day is unknown. As a magician, he is not as renowned as Houdini but has still earned himself a place in the history books of magic, as the inventor of illusions performed today.

While he was still a boy, Tibbles become the apprentice to a silversmith, a position that would later be the most ideal for him to be introduced to the world of the magical arts. Some time after, the silversmith leased his basement space to Charles Morritt, magician, hypnotist and inventor of tricks. Tibbles found the skills of this character to be quite intriguing, so much so that he would secretly sneak away from his work to observed the man, while he planned and practiced his illusions.Charles later began teaching the boy his ways magic and became his mentor in the craft.

Having studied his teacher well and mastered many tricks, Tibbles decided that it was time start his own career in the arts but he would need a name to go by. By spelling his last in reverse and removing one of the B’s, he came up with “Selbit” that would be accompanied by the first two letters of his initials in front – P.T. Selbit.He would use this name for acts that only included coin and card tricks.

How P.T. Selbit Started Magic as his Career

In about 1901, Selbit started a career in journalism and published “The Magician’s Handbook”, signed with his stage name, along with several others down the line. P.T Selbit later began working in music halls, between 1902 and 1908, under the name Joan Hetebas a “pseudo-Egyptian” character that he created, who wore a wig and robe drenched in grease paint.The inspiration for this idea came to Pt Selbit when he realized that the people had lost interest in the play out English stories and developed a thirst for what was deemed as exotic performances. While performing in these halls, in 1905 to 1910, also worked as an editor for “The Wizard” magazine and published three books; “The Magical Entertainer in 1906, and both “The Magic Art of Entertaining” and “Conjuring Patter” in 1907.

In 1910, P.T. selbit decided to leave his everyday jobs behind and take his magic on the road with his illusion act called “Spirit Paintings”. In this illusion, an audience member was selected to give the name if a renowned artist and a picture in style of their work would appear on an illuminated canvas.Due to his success in the last, Selbit organized another tour with the illusion titled “The Might Cheese”. In this case, audience involvement was also a factor, a volunteer was asked to attempt at tipping over the model of a cheese wheel but it was said to be impossible. This was so because the wheel contained a gyroscope, which is a disc with a continuously rotating axis that causes the object to change its course of movement instead of falling down when force is applied.

After being on the road for almost two years, 1912 Pt Selbit got a job assisting magicians, Devant and Maskelyne, who were on a mission to rule the magic scene in Britain.He was given the task of touring different music halls and shows of their illusion, “Window of a Haunted House”.He later part ways with them in 1913 and began constructing his next illusion, “Walking through Walls”, he introduced to the world in 1914 at St. George’s Hall, in Liverpool. In the illusion, a young lady used a trapdoor, which goes under the wall and when she came out on the other side, it would seem as though she came through the wall.Later that year, Harry Housing performed the act himself at the Hammerstein’s roof garden, New York, while using a brick wall instead. When accused by Selbit’s associates of stealing the idea, Houdini claimed that he had fairly bought the rights to it from the creator of this version, fellow magician, Sidney Josolyne. These claims did not sit well with Selbit, so the matter was brought before the courts.

P.T. Selbit and his Sawing a Woman in half Magic Trick 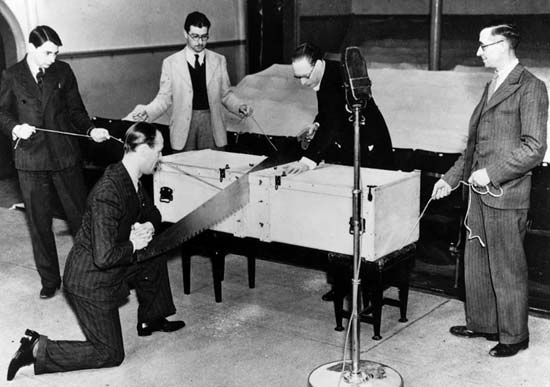 In December 1920, Pt Selbit had constructed an illusion that would take the magic world by storm but he needed help in presenting it. So chose a hand full of promoters and theater agents to give a sneak peek, in hopes that they would be persuaded to hire for shows at their establishments. The goal was accomplished and on January 17th, 1921, P.T. Selbit introduced the world his illusion, “Sawing through a Woman” at Finsbury Park Empire theater in London. It required a female assistant to step into a coffin-sized box, then her neck, wrist, and ankles were bound by a thick rope. The box was closed and placed in a horizontal position and a saw was used to cut through the middle, where her waist would have been, to give idea that she was being cut into precise halves.This became a popular with other magicians executing their own version of it, to this day. About five months later, he went to America with hopes of gaining much success from the illusion but he was shocked to learn that magician, Horace Goulding was already doing just that. Goulding made claims of being the rightful creator to the act and another battle in the courts ensued. Realizing that he would be unable to accomplish much success, so returned to England after the preceding had ended, in 1922.

Back home, P.T Selbit continued to create more illusions through the years, like “Girl/ Man without a Middle” and “Through the Eye of a Needle” in 1924, “The Million Dollar Mystery”, “Stretching a Girl”, “Avoiding the Crush”, “Selbit’s Blocks” and “Siberia Chain Escape” is also thought to be one his. Bit despite his efforts, none could hold a glass to “Sawing through a Woman”. Sadly, after numerous attempts to gaining high success, Selbit passed away in 1943 and was somewhere between the age of 61 and 62.