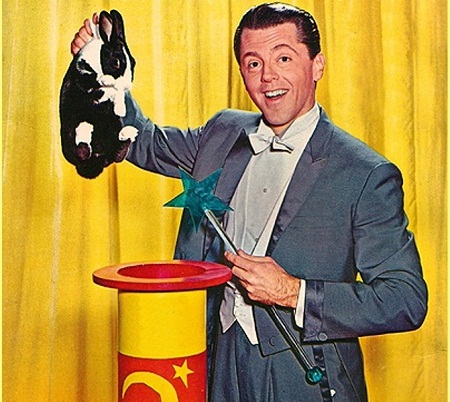 Widely credited as becoming the first major ‘television magician’, James “Mark” Wilson is an American magic performer and author born in 1929. Magician Mark Wilson is also considered to have been a great factor in the process of establishing the viability of magic shows as a television format. 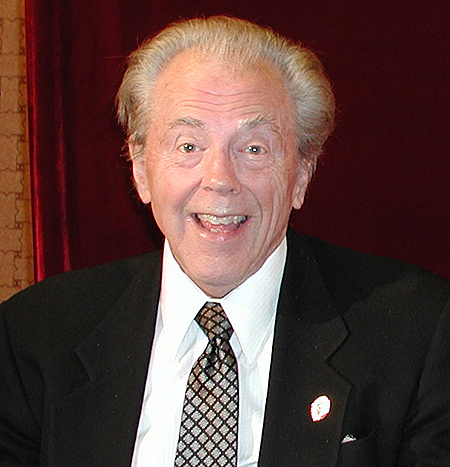 First steps into the world of magic

As a kid, Mark Wilson spent a lot of time traveling with his parents. This was due to the fact that his father was a salesman and had to move frequently. At the time Mark Wilson was eight years old, he and his family were living in a hotel in Indianapolis. When the magician known as Tommy Martin performed at the said hotel, young Mark Wilson was in the audience, catching the first glimpse into the world of magic. Mark has stated that it was at that moment that his interest in magic began.

Later, the Magician Mark Wilson family had to, once again, move. This time, they moved to Dallas, Texas. There, Mark Wilson started working for the Douglas Magicland shop as a clerk. This allowed him to improve his magic knowledge and, as his skills improved, he began performing his own magic shows at small functions. Mark Wilson studied at the School of Business Administration at Southern Methodist University, where he majored in marketing. These studies helped him learn some skills that would considerably help him in his future career.

As television began to grow, Magician Mark Wilson had the idea of a TV show. Using the skills he learned while studying at the School of Business Administration, he presented his idea to the Dr. Pepper Bottling Company. They were interested in Mark’s proposal and offered him a sponsorship. So, in 1955, Mark Wilson was launching the ‘Time for Magic’ show on a local station in Dallas. Later, Wilson expanded to other shows in San Antonio and Houston.

In 1960, on the 1st of October, the ‘Magic Land of Allakazam’ black and white show debuted on CBS-TV. The show’s creator was, obviously, Mark Wilson. He created this show during the time that videotape was developed. ‘Magic Land of Allakazam’ was the first show to be videotaped and nationally syndicated. The show aired every Saturday morning for the next four years. It was sponsored by Kelloggs, the American multinational food manufacturing company. During the show, Magician Mark Wilson was assisted by his wife, Nani Darnell, and Bev Bergeron. Bev Bergeron, besides playing the character Rebo the Clown, has also helped writing the show. The three toured state fairs during the summer and made appearances on other network shows. Later, Bobby Fenton, Lin Searles, Leo Behnke and Bobby ‘Torchy’ Towner joined the writing team at CBS. Responsible for building the illusions were Johnny Daniel and Carl Owen. During the first year, Magician Mark Wilson and his team performed for a total of 39 shows. For the second year, joining the existing creative team were young John Gaughan and Frances Martineau. With fresh forces and ambition, the team has brought a new look to magic effects that are still performed today.

In 1962, the ‘Magic Land of Allakazam’ show moved from CBS – TV to ABC – TV. This has not caused the show to miss even one week on air, though. On September 29, the Western comedy and variety program

titled ‘The Roy Rogers and Dale Evans Show’ debuted on ABC. Wilson also appeared in this show. Unfortunately, this show only ran for 13 episodes, from September to December 1962.

Unlike the short-lived Rogers and Evans show, Mark Wilson’s ‘Magic Land of Allakazam’ kept going on. The show left ABC in 1965 and was internationally syndicated in the same year, reaching the top ratings for Saturday morning shows during its peak.

Five years after the ‘Magic Land of Allakazam’ show, in 1971, Magician Mark Wilson created ‘The funny Face Magic Show’ and the ‘Magic Circus’ show. The latter was sponsored by Pillsbury. At the 1964 – 1965 World’s Fair in New York, Wilson provided the Hall of Magic, and three years later, in 1968, he appeared on film at the Bell Telephone exhibit at HemisFair, which was held in San Antonio, Texas. In 1975, Mark published ‘Mark Wilson’s Complete Course in Magic’. The book is a popular reference for magicians and has been in print sinc its first issue. Wilson and his crew assisted in the technical production of magic in numerous shows. Some of the most notable of them are as follows: ‘Circus of the Stars’, ‘The Hollywood Palace’, the science fiction TV series ‘The Six Million Dollar Man’, the Marvel based series ‘The Incredible Hulk’ and Bill Bixby’s ‘The Magician’, which ran for only one year. Wilson’s net worth is estimated to be at approximately &70M dollars.‘The Magic of mark Wilson’ was Wilson’s last TV series which was seen in national syndication in 1981 and ran only for one year. During this series, Mark Wilson was assisted by his always trustful wife, Nani and his second son, Greg. Greg Wilson participated in the second series of ‘Penn & Teller: Fool Us’, Nani and Mark being part of the reveal of his act.