Born in the Fort Garry district of Winnipeg, Canada, on the 3rd of May, 1947, Doug Henning was a renowned escape artist, illusionist, and politician.

As most famous magic performers, Henning got bitten by the magic bug at a very young age. What inspired the young magician was the great reaction of the spectators at a friend’s birthday party. That was when Henning performed for the first time, at the age of 14. For the next few months, he had placed an ad in a local newspaper. This got him a series of magic shows on local television in Toronto. He also performed as an entertainer at parties. Henning studied psychology at the McMaster University in Hamilton, Ontario. There, he met Ivan Reitman, renowned Slovak – Canadian film producer and director, when he played the role of Lonesome Polecat in Reitman’s production of ‘Li’l Abner’.

The Rise of Doug Henning as a Magician 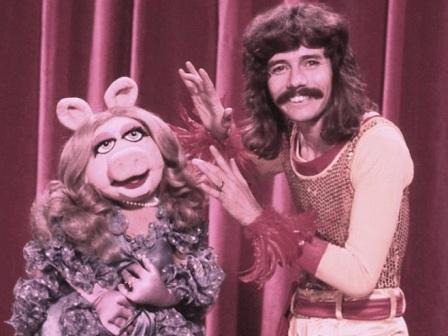 Not long after finishing his studies, Henning was awarded a Canada Council for the Arts grant. He was required by the grant to study magic. This offered him the young enthusiast the opportunity to travel. Besides that, he got to view first hand the talents of magicians like the legendary Slydini and Dai Vernon. Studying under Tony Slydini, Henning grew to consider the magician his primary teacher of magic. Henning tried hard to perfect his craft, his intention being to bring magic back to its ‘glory days’. Later, Ivan Reitman was directing a live theatrical show developed by Henning himself. The show was a musical that combined his magic tricks with a dramatic story. The music was produced by Canadian composer Howard Shore and the show also had Jennifer Dale co-starring. The show had an enormous success, breaking box-office records in Toronto. After New York producers noticed the show, Henning reworked it and took it to Broadway as ‘The Magic Show’. This time, the music was composed by the American lyricist and composer, Stephen Schwartz. The show ran for four and a half years after its debut in 1974. It also earned Doug Henning a Tony Award nomination.

After his success on Broadway, Henning aimed even higher, proposing NBC to produce a television special. The NBC executives accepted his offer when Henning said that he would reproduce Harry Houdini’s famous water torture escape. That escapism act had never been performed since the legendary Houdini performed it himself. For the next eight months, Henning was to rework his stage act for TV and practice the escape act. In December, 1975, Bill Cosby was hosting the broadcast of ‘Doug Henning’s World of Magic’. The broadcast was a success, having more than 50 million viewers. Two years after performing Houdini’s water torture escape, Henning co-wrote a biography of the magician, titled ‘Houdini: His Legend and His Magic’.

In 1979, Henning created illusions that would serve for a tour of the renowned Earth, Wind and Fire band. He also created illusions for two of Michael’s Jackson’s concerts, including the 1984 Victory Tour, which consisted of 47 shows in the United States and 8 in Canada. After divorcing Barbara De Angelis in 1981, Doug Henning married Debby Douillard in Iowa, in December of the same year. In 1983, Henning returned to Broadway, producing and starring in the ‘Merlin’ musical. One year later, he began a solo show on Broadway called ‘Doug Henning and His World of Magic’. One more year later, Panosh Place made a set of plush toys called ‘Doug & Debby Henning’s: WONDER WHIMS’. The set was copyrighted by Marvin Glass and Associates. The goal of this set of toys was to get kids to appreciate the magical wonders in the world around them. It included six Wonder Whim characters. Each of them came with a personalized story, a pet, and a magic kaleidoscope wand of colors and patterns.

The first ‘World of Magic’ special aired on NBC in 1975. Although successfully performing Houdini’s water torture illusion, Doug Henning did not break the magician’s time record. Produced by the renowned talk show host David Susskind, the show ran live in the Eastern US, without being interrupted by commercials. The event was the first of 7 annual broadcast. They eventually brought Henning seven Emmy Award nominations.
Hosted by Michael Landon and Joey Heatherton in December 1976, ‘Doug Henning’s World of Magic II’ aired live again on NBC, this time with only two commercial breaks. Henning had Ricky Jay appear as a special guest. The show’s theme was ‘Fire, Water and Air’ and it included Henning vanishing an elephant.

One year later, ‘Doug Henning’s World of Magic III’ aired live, the most hyped illusion being ‘Walking Through a Brick Wall’. In 1978, due to numerous problems that occurred during the telecast of the fourth ‘World of Magic’, the producers decided to make this one the last special that would be broadcast live. This special’s theme was ‘A magical Journey Through Time’. The fifth ‘World of Magic’ aired on the 15th of February, 1979. It was taped at the Las Vegas Hilton. The next year’s special was taped as Osmond Studios in Orem, Utah. Bill Cosby made his second appearance as a special guest, next to Marie Osmond. This special included several revamped versions of illusions from earlier specials. The finale consisted of an escape and a reappearance, featuring an enormous Rube Goldberg machine. 1982’s final ‘World of Magic’ special featured guest Bruce Jenner. The special’s theme was Doug’s magical house. It had several rooms featuring magic from the past, present, and future. The show included several revamped versions of illusions from earlier specials. The final magic effect was the turning of two black and white horses into a zebra.
Every ‘World of Magic’ performance ended with the same monologue, given by Doug Henning: ‘Anything the mind can conceive is possible. Nothing is impossible. All you have to do is look within, and you can realize your fondest dreams. I would like to wish each one of you all of

‘Anything the mind can conceive is possible. Nothing is impossible. All you have to do is look within, and you can realize your fondest dreams. I would like to wish each one of you all of life’s wonders and a joyful age of enlightenment.’

After retiring from the stage in the mid-’80s, Doug Henning had an increasing interest in the form of mantra meditation known as the Transcendental Meditation technique. The technique was introduced by Maharishi Mahesh Yogi, who taught thousands of people during a series of world tours from 1958 to 1965. After receiving a Ph.D in the Science of Creative Intelligence from the Maharishi University in Switzerland, Henning began collaborating with the Maharishi. In 1992, they drafted plans for a 1.5 billion dollar project called ‘Maharishi Veda Land’. The project would be located near Niagara Falls. It would combine ‘astonishing, unique visual and sensory effects, state-of-the-art 3D imagery and ultra high-tech entertainment technology with his best and most original magic illusion secrets’. The project would also require suspending a building above water and a journey inside the heart of a rose. Unfortunately, as of 2000, the project’s status was uncertain. Doug Henning’s net worth is estimated to be in the range of approximately 800 million dollars.

Doug Henning was diagnosed with liver cancer in 1999 and died at the age of 52, in February 2000, in Los Angeles. In 2008, fellow Canadian magician and prominent skeptic James Randi claimed that Doug’s death was caused by the TM founder Maharishi Mahesh Yogi. He said that Henning ‘abandoned regular medical treatment for liver cancer, continued to pursue his diet of nuts and berries, and died of the disease.’
On the 8th of June, 2010, it was announced that Doug Henning would receive a star on Canada’s Walk of Fame, which is located in Toronto, Ontario.