Just as the name suggests, this is a more traditional type of magician who will not be too mobile. He will always be found seated on a specially designed table from where he performs his tricks and illusions. Card magicians are the best example of table magicians. Their audience will usually swarm around him and around the table. They will perform excellent card tricks dazzling the crowd and even involving them in many of his tricks. It doesn’t go without saying that table magicians must possess excellent sleight of hand skills and numerous card tricks as well. He must also be a great performer so as to dazzle the crowd.

Psychological magicians are a very intelligent of their types. Their craft takes years to perfect, and this comes as a result of constant practice. The most famous types of magicians here are mentalists. Mentalists are like magical royalty. They are the golden pieces of the magic world. What mentalists do border on that line where impossibility becomes blurred. They will read thoughts, heal people and perform other great mind tricks. Most mentalists claim that they never use any supernatural forces but this is very hard to believe. There are some great Mentalist, some who have attained legendary statuses but have never mastered the art of mentalism and what it entails.

Illusionists are a very creative kind of magician. They are a modern breed of Deceptionist who have taken magic to a whole new level. While a traditional magic well-choreographed type of magic that was easy to identify and point out, illusions are not easy to predict or point out. They can happen anywhere; on the street, in the house or on stage. Some illusions are very grand and involve a lot of preparation and finance. The basic premise of illusions is massive trickery. For an illusion to be greatly successful, it must trick and fool quite a number of people. Illusionists will most of the times, incorporate the use of props and stunts in their tricks just to give the whole set a grand feel.

Some famous illusionists include Apollo Robbins, The Great Lafayette, and Dynamo.

They are traditional kind of magicians who believe in the stage. These magicians believe in upholding the sanctity and preservation of the traditional form of the art. As such, these types of magicians will not engage in high scale illusions or elaborate tricks. They will usually concentrate on the simple original tricks that have been the basis of magic all along. It is also extremely difficult to find a stage magician outdoor. This they believe is distorting the very essence of magic performance. Their safe haven is the stage where they come alive. Stage magician will always desire a large audience seated in a hall, and him as the performer on stage. He will usually come prepared with an array of tricks under his belt. Most of his tricks will be basic tricks that are simple but phenomenal. He will expect a normal applause after a performance and off he will go nothing fancy.

The most famous name in this category is Derek Hughes.

Sleight of Hand experts are known to be very intelligent and cunning. It takes a special kind of person to be a sleight of hand magician. You have to be extremely disciplined in your art. Also, you need to put in years of practice into your trade. Without these two ingredients, you will never be able to completely conquer and master sleight of hand techniques. You will also need to be very keen in your act and pay attention to your movements. Sleight of hand basically involves training your hand movements to be faster than the human eye, and very fast hand to eye coordination. Card magicians are well-known sleight of hand experts. But sleight of hand techniques are not just limited to card tricks; they can be used to fool people in numerous other types of magical acts.

There are numerous sleight of hand magicians but some of the most well known are Ricky Jay and Dai Vernon.

This is a unique type of illusionist that is best suited for a gathering of people or a social event. Cabaret magicians have to be very diverse with their tricks and illusions because it is rare these types of magicians to repeat tricks. They will perform many tricks at a time and they must, therefore, demonstrate a high level of expertise and experience. A cabaret magician basically performs for small pockets of crowds in a social gathering or event. The crowds or tables may range from two to ten people at a time. What he will usually do is to move from the crowd to crowd performing and entertaining them.

Some of the most famous names include Darryl Rose and Troy.

These are one of the most interesting types of magicians out there. They are among the most intelligent and funniest people you will ever meet. The first rule of street magic performance is that you can perform anywhere. There is not set a stage for a street magician. He can be found randomly approaching strangers anywhere and beginning his act. What this means is that street magicians have to be really good at what they do. Out in the street, there is more scrutiny, pessimism, and investigation. None of these exist in a normal stage where people are just seated. On a street corner, the audience is also very mobile meaning there is more room for them to expose the trick. Street magicians also have to possess many tricks because pleasing a street crowd is hard work.

Some of the most notable names associated with street magic include Jeff Sheridan and Cyril Takayama.

Close up magicians were once labeled the most intelligent magicians ever. Close up magic is never easy and not everyone is capable of being a close-up magician. It requires a lot of attention and meticulousness because the audience members will be very keen on your act. The acts are usually very close to the audience members and the magician will on numerous times engage the crowd. These artists are the best performers of close up magic and they will regularly engage the audience in their tricks. Tricks and illusions will be performed in front of a camera or right across the audience. The intention here is to make the trick look as authentic as possible and eliminate any possibility of fraud. The result is that audiences will trust the genuineness of such acts.

Some of the famous names in this art are Joshua Jay and Michael Ammar.

Escapologists in the magic world have dazzled audiences for over a decade. While some of the stunts have proved to be extremely dangerous for the illusionist themselves this has not deterred some new age magicians from emulating what their legendary first generation magicians did in the past. Escape stunts today are even more dangerous than before, but escapologists have also become more daring and more professional. Just as the name suggests, these types of magicians have to find a way of escaping dangerous situations before it’s too late They are usually bound and chained and dropped into other confined spaces to escape within seconds.

Harry Houdini, Criss Angel, and David Blaine are some of the most well-known escape artists.

If you are aspiring to be a magician or you are already in the trade, this article will give you some awareness about the different types of magicians. Hopefully, you will make up your mind about the kind of magician you aspire to be. 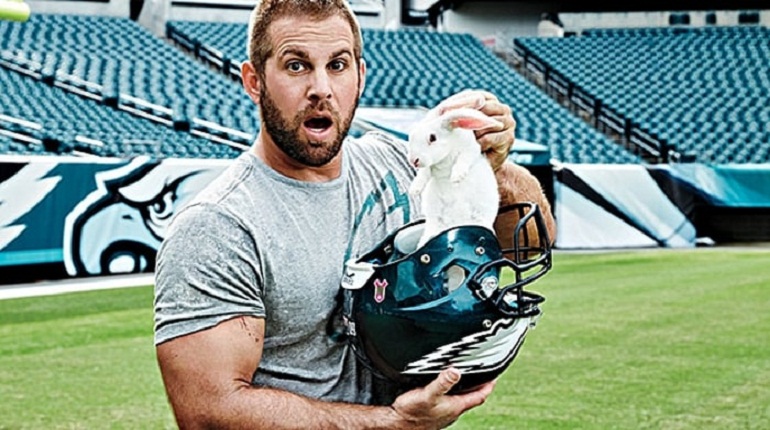 One of the notable contemporary magic performers is Jon Dorenbos. Born in 1980 as Jonathan Paul Dorenbos, Jon is an American football player for the Philadelphia Eagles of the NFL. In 2003, he was signed Read more…