Yif Magician and The owner of Youtube channel – Art of Magic. 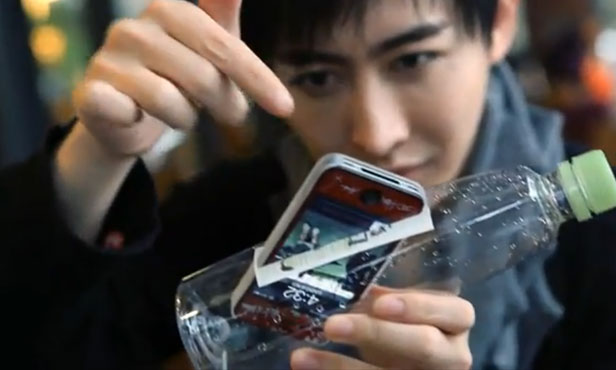 Yif, also known as, Yif magician or Wang Yifeng, is a Taiwanese magician. He hit the spotlight after one of his videos went viral online on his YouTube channel. He performed a couple of magic tricks in the video including the rubber band trick and the dollar trick. Then, later on, he went on to perform the French bread trick. This is whereby he is given two pieces of dough in a restaurant.

He splits the dough into two. First, he acts like he is massaging the first piece of dough then he “magically” transforms it into a real French Croissant, which is a piece type of bread. Next, he takes the other piece and then he folds it as he massages it slowly leaving the people in the restaurant waiting eagerly to see what the bread would turn into. All of a sudden he starts pulling it and it mysteriously from his hand and he pulls for even a longer time than before. He surprises the crowd by pulling out a long piece of bread from his arm which is known as a French Baguette. This video gained over a million views in a very short time. This made him an overnight sensation. His magic trick led him to even be invited by Ellen DeGeneres on a talk in her show -Ellen DeGeneres.

Yif magician and his Popularity in his Youtube channel.

His YouTube videos are normally in Chinese but they have English Subtitles so you can hear what he is saying. But the languages he uses are not of much importance. since seeing him doing his magic tricks is very refreshing as he is very skillful and you can feel the passion as he does it and the people around him when he is performing are a clear citation to his works. Yif’s YouTube channel has well over 150,000 subscribers who support him through each and every video. Here he is seen doing some of his popular tricks such as the flying noodle, coin penetration, the eternal imprint and the famous light speed teleportation. All of these videos have helped entertain and has built his fan base.

Yif Magician Performing his Magic Trick in his youtube channel: Art of Magic

In 2014 Yif’s internet fame led him to become the magician to perform at the Spring Festival Gala in China. This is a spot that is usually given to highly experienced and famous Chinese magicians. But this year magician Yif had deserved the spot for his outstanding magic performance on the internet. Unfortunately for Yif magician, his performances had some flaws here and there which led to him and his performance being dubbed as a fake. Some claim that it didn’t even require a camera to spot the tube he was hiding under his arms to prove that his performance was a fake, they said that there was a certain feeling that his performance brought along with it that made things not to feel right.

Well, even his money trick was claimed to have been done with two Chinese Yens instead of one. But still who cares Yif’s performances were still amazing as some would say and people should stop focusing on the flaws but they should enjoy the show. Some even claimed that Yif is an illusionist not a magician. Even after all these allegations of which everyone expected Yif to deny, he confirmed them by saying that the night was not going well not even for him and that he has had better performances. All-in-all no one cared about the flows but about how the show was performed and whether people enjoyed it.

Haters are always going to hate, as some even went further ahead from calling him a fake to claiming that he even had plastic surgery done on him to change his looks. Some have even said that he is a Chinese guy and that in no way does he represent the Taiwanese and others claim that he is Taiwanese and that he doesn’t represent the Chinese people in any way. So much for trying to entertain people.

Yif magician claims that it is true that he always used camera trickery and video editing “Photoshop”, in his videos and he apologized for doing it and he promised that he would start afresh by doing tricks that he could do on live TV and on live events too. Thinking about how Yif’s video had become viral so quick and made him an internet sensation to the point that people claimed him to be the next big thing in magic is something that has made a lot of his fans pissed at him and many nasty comments said about him. Truly the reputation that he had built for himself had been damaged and it might even be beyond recovery.

Yif is not a Taiwanese. He was born in Beijing and grew up in Paris. After graduating from college, he came to China for his dream of becoming a magician. His company was located in Taiwan, but that does not mean he is Taiwanese.