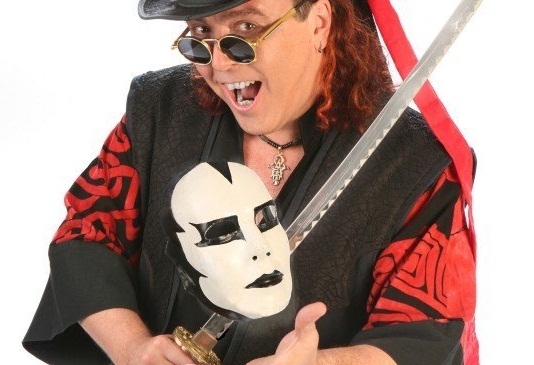 Jeff McBride was for a long time known as Magnus which is his other name. He was born in 1959 in the United States. He was born in Rock Hill New York.  He is a great magician who has been around the magic world for decades. He has wowed fans all around the world with his incredible skills in Coin magic, Card magic, and silent classical magic. He is one of the pioneers of silent classical magic which is a blend of silent performance and great background music. He has also been critically praised for his unique sleight of hand abilities, especially with cards.He will use magical masks that appear to have a life of their own and which will look to do as they please, not what the magician wants them to do. It is a really one of a kind performance. 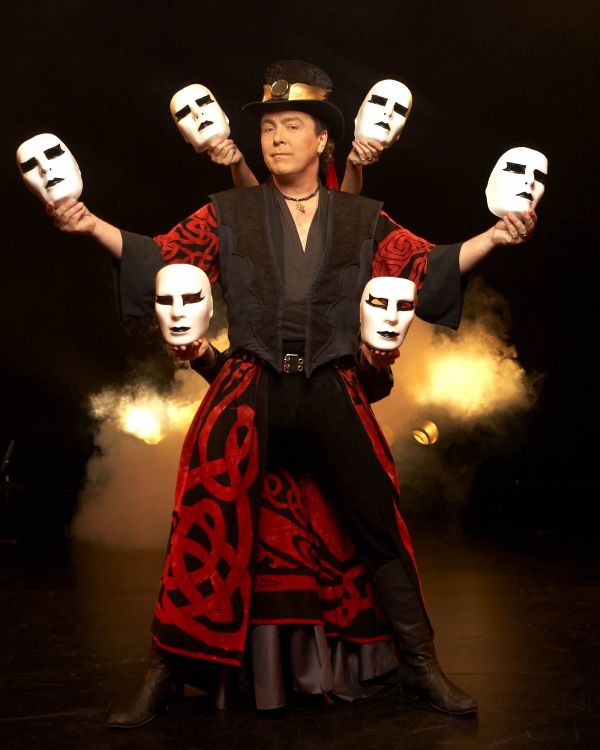 Jeff Mc Bride is also a great Mimer and he incorporates his miming abilities into his act where he will look like he is trapped in an invisible box struggling to look for an opening to get out. He has claimed in the past that his magic has incorporated other forms of magic like the traditional Kabuki Japanese Theater magic, conjuring forms and also some bizarre forms of magic.

Mc Bride has made Las Vegas his preferred base town where he operates from and stages his acts. He founded the ‘Magic and School of Mystery’ which has been highly praised by other magicians and fans alike. The main function of the school has always been to teach magic in a professional and honest way to ensure that the next generation of magicians take the art to the next level with ethics, and non-fraudulent means. The school is highly acclaimed and very reputable all around the world. It is one of the first institutions you would be advised to study the art in a professional way. It has been endorsed by great magicians who have visited it, lectured at it, and even sought consultancy services there. Some of the big name magicians who have visited the institution include Johnny Thompson and Lance Burton who have all left positive reviews about the place.

Jeff McBride has traversed the entire globe performing for audiences. His blend of magic has been described as unique and vintage. He was very fortunate and distinguished to have performed in the legendary Caesar’s Palace –The magic section- for very many years where he left revelers and audiences there in complete awe when they saw his acts. 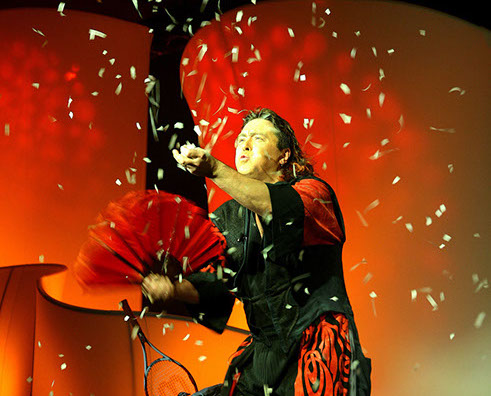 Mc Bride was also one of the great performers at the World of Magic festival of 93 and 94 where he was hailed as one of the great performers. He is also an excellent author having written many books on magic and other subjects. His books have attracted a lot of praise and have been distributed worldwide. He also has many videos which he has created all on magic and how to effectively and correctly perform tricks.

Jeff McBride has also in the past received plenty of praise and admiration for his one of a kind coin and card tricks which are not only unique but offer an insight on how sleight of hand masters should perform and act. Mc Bride is also a lecturer and he has taught magic in any institutions like the Smithsonian Institute, and the Society of American magicians. He was also on the front cover of Linking Ring Magazine who also did a lengthy interview on his magical career and the art in general. Mc Bride has also appeared on very many TV shows to showcase his acts. He has once appeared on the great magic show ‘World’s Greatest Magic’, and a documentary known as ‘MagickalLife’ He also appeared in an episode of the show ‘Enigma-true life stories’. He has also made a distinguished appearance on the modern magic show ‘Criss Angel Mind Freak’ hosted by the legendary Criss. He also made a guest judge appearance on the reality TV magic show ‘Celebracadabra’ back in 2008.

Jeff McBride has over the years amazed fans all over the world with his incredible illusions and magic tricks. He is best known for his mask routine where he will appear on the stage in a white mask. The mask usually appears to adopt some strange powers because it will resist any efforts to pull it from the magician’s face.  Sometimes, the mask will indeed leave his face but mysteriously be found on his face yet again after a few seconds. Included in the act, are also many other multi-colored masks which are hidden beneath the first mask and appear randomly when the first mask is successfully pulled down from the magician’s face. Mc Bride will also be seen to produce masks from out of nowhere which he will hold with his hands. Sometimes the masks are so many, that it will look like he has multiple arms holding the masks. 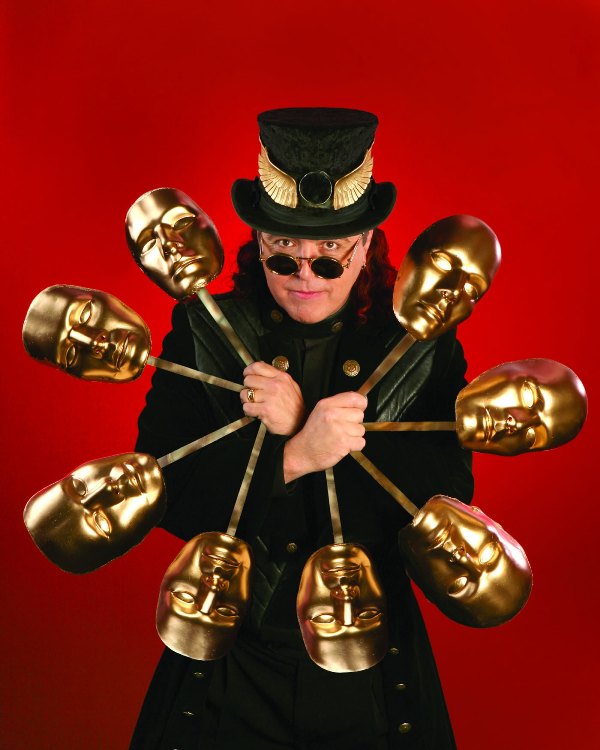 Another great act that Jeff McBride is synonymous with is the fire eating act where he will produce flames from his mouth which he will go ahead and swallow. This act usually receives a lot of astonishment from the crowd.

McBride will also often treat the crowd to some amazing card tricks thanks to his great sleight of hand abilities. He will pick out cards from out of nowhere and hold them with his fingers. He will then magically cause the cards to disappear from where they came. He has also been known to throw cards to the audience for proof and verification that they are indeed real cards. His silent performances, miming abilities and the fact that he himself is a great actor and performer really go a long way to perfecting his stunts.

Critical analysis of Mc Bride routines will reveal that fire is a big part of his acts. Jeff McBride has made masks appear from flames in the past leaving audiences wondering how it’s possible. Mc Bride is actively involved in the Neo-pagan movement. He has also done extensive research on Alchemical fire rituals which he says have brought him to a great understanding of fire rising and Mysterium. This is why fire is a big part of his tricks.

Jeff McBride is also the founder of the Electric Neo-pagan organization and the ‘Vegas Vortex’ in the magical community. The organization is basically involved in investigating Neo-pagan claims in the magic world. The organization is also very involved in ensuring and safeguarding the methodology and art of how magic is performed, how to incorporate dance and theater into magic. In regards to this, Mc Bride is a great speaker of Neo-paganism and he has spoken about the subject on numerous platforms.

He is also a great performer, with most of his acts including a lot of Neo-paganism rituals and stunts. He is also a great attender of Neopagan festivals where he is treated with very high esteem. Some Pagan organizations have even labeled him as the leader of the Neo-Pagan movement which elevates his status even further.

Jeff McBride has over the years received numerous awards in recognition of his unbelievable magical prowess and ability. The Academy of Magical Arts is a very respectable and highly acclaimed magical society in the world. It is this society that once recognized him as a great magician. He has also received high recognition from other quarters like the Society of American Magicians.

In 2008, he was feted by the International Grand Prix of Magic as the Magician of the year. This was a huge personal achievement for him because this award is like the Oscars of Magic. The Woods association has also awarded him with the best magician award, while the Magical arts association has also recognized him by awarding him with the lecturer of the year award. Apart from all these accomplishments, Jeff McBride is also a Guinness World record holder of many records which he has set while performing his tricks. Some of these records have never been broken to date. Heis truly an accomplished and award winning magician and performer who has scaled the heights of professional magic and been awarded for it.

MCBride’s only known family is his wife, Abbey Spinner.

Jeff McBride is one of the greatest names in magic now and will be forever. His blend of magic that involves silent magic, proper performance -that has infused many other theater forms- is not only classic, it is unique and very tasteful. Audiences all over the world have appreciated this form of art in many ways. He has also received a lot of praise and awards for his exemplary performances all around the world. He has also done his part in ensuring magic lives very long by creating his own unique magic school. Jeff Mc Bride is a true legend of magic.