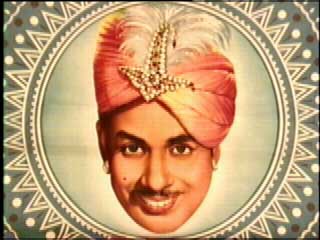 Jadugar PC Sorcar was one of the finest magician and Illusionist to ever perform His acts and tricks were not only incredible, they were very intelligent and eye opening. His full names were Protul  Chandra Sorcar but he shortened it to P.C. Sorcar which he used all over the world as his stage name.  Jadugar P.C. Sorcar as he was commonly referred to in India, rose to fame in the 1950’s and 1960’s with his numerous acts especially on his Indrajal show which was a live show for both live audiences and television audiences. This show gained a lot of popularity during this period because of the unique and unprecedented acts that Jadugar P.C. Sorcar would showcase. 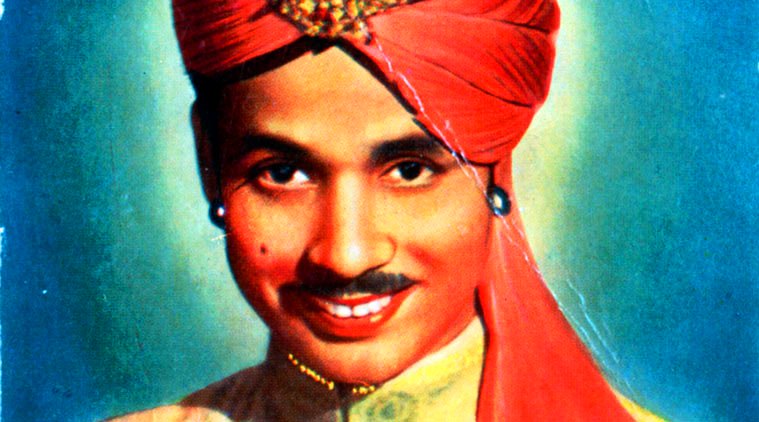 Sorcar had magical genes in him even before he was born. His family was very talented magically, and like many greats who have generations of magicians to look up to, he had seven generations of magicians to look behind to. His whole family down seven generations before him had practiced magic and illusions, so he just continued growing up in the family tradition. When he chose Protul Chandra Sorcar as his stage name, people immediately related with it because it had been a legendary name in the magical world. He started practicing small-time magic tricks very early in his life but had to shove the interest aside because at that time, the Indian society was taking a keen interest in education but secretly people knew from the onset that he would make it in magic.Jadugar PCSorcar was born in early 1913 –February 23

Jadugar PC Sorcar was born in early 1913 –February 23rd in a very small town known as Tangail which was still in India at the time but now in Bangladesh. He was therefore born an Indian contrary to what some people believe that he was a Bangladesh national. He was born to Barghawan Chandra Sorcar and KusumKasmini who were his father and mother respectively. Sorcar had only one brother and indeed, his brother was the only sibling he ever had. His brother’s name was Atul Chandra and he had very deep affection for his one and only brother. Atul was also ten years younger than him which explains why in a famous interview Sorcar said that he felt a deep connection and love for his brother. PC Sorcar was very academically gifted and this was seen from a very tender age. When the time came for him to graduate from High School, he did so with distinction. He had attended the TangailShibnath High school where he graduated among the top of his class with first class honors. This was in 1929. He shortly attended college thereafter where he excelled a lot in his studies. In 1931 he graduated from the distinguished Karotia College, earning an Intermediate Arts degree. He graduated with a first class honor in the same.He continued furthering his studies by joining the

PC Sorcar was very academically gifted and this was seen from a very tender age. When the time came for him to graduate from High School, he did so with distinction. He had attended the TangailShibnath High school where he graduated among the top of his class with first class honors. This was in 1929. He shortly attended college thereafter where he excelled a lot in his studies. In 1931 he graduated from the distinguished Karotia College, earning an Intermediate Arts degree. He graduated with a first class honor in the same.He continued furthering his studies by joining the Anandan Mohan College where he undertook a Bachelor of Arts degree. He majored in Mathematics and he later graduated with honors. It is, therefore, safe to say that PC Sorcar Jadugar’s academic life was very exceptional and exemplary. He conquered every academic huddle that was set forth before him with grace and brilliance. He, therefore, had a real future in academia if he had chosen to go that path. However, this was not to be because from a very tender age, he was deeply impressed by magic. The fact that his family also had a rich history of magicians, made Sorcar very interested in the art. So after he finished with his BA he decided to dedicate his life to the art. And it was not in vain because his dedication eventually bore fruit. He came up with previously unheard of acts which won the hearts of many people, including the press. He was praised highly in many quarters as the man who single-handedly took Indian magic to new heights especially attracting the international market thanks to his fluency of the English language, charm, charisma, and intelligence.

The magic of PC Sorcar Jadugar came into prominence in the 1930’s and he was fortunate to be able to traverse all the corners of the globe showcasing his talent. Since he had decided to dedicate his life to performing magic, he perfected his acts to such an extent as had never been seen before in India and anywhere else in the world. He came up with a very famous act known as the Indrajal which pulled many crowds to his show. All his shows were famed for a detailed organization. He brought to his performances, very exquisite props which had never been seen before. This was the norm because most of his acts were very unique. All his stuntmen and performers had very colorful costumes that were specifically designed to cater for each stunt. These costumes really attracted people to the shows.

Jadugar P.C. Sorcar was also known for having great stage settings that really brought out the themes of the shows. His marketing team was also very professional. At the height of his prominence, Sorcar proclaimed that he was the best magician in the world and this he made sure 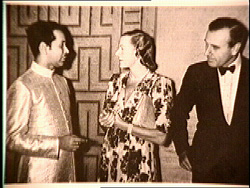 that everyone knew about.

Jadugar Pc Sorcar had his team prepare giant billboards and posters around each town he went and even had programs that emphasized this point. This would draw curiosity from the public who wanted to know who this magician was. As a result of the crowds attending or watching his shows, he also became one of the more wealthy magicians at the time. He was therefore, a shrewd businessman as well.
Sorcar would later spread his magical wings out of India when in 1934, he decided to perform in Japan. The shows in Japan encouraged him to venture further and it is estimated that at the time of his death, P.C. SorcarJadugar had visited over 70 countries all over the world. His acts were so good, that he was able to break theater attendance records in many countries. He was also a great TV personality and his shows were watched by audiences all around the world.

Some Famous Magics of Pc Sorcar

There are many famous acts performed by Jadugar Pc Sorcar during his lifetime magic career. Some of the notable magic tricks he performed are:

The X-Ray Man: In this stunt of he used to blindfold himself and still see the writing of audience.

Aerial Suspension: It is another famous magic trick of Jadugar PC Sorcar

PC Sorcar Jadugar would go on to amass a lot of awards and recognitions from various quarters during his career. In Germany, he was awarded with the German Sphinx Goldbar which is a very highly esteemed award for any citizen. Back at home, he was awarded the Padma Shri by the president on 26th January 1964. This award is a big deal in India because it is the fourth highest award that any Indian citizen can be awarded. He was also an ardent lifelong member of various magic organizations in the world. He was a member of the Magicians society of the UK, THE Rotary Club, and Magician societies in Belgium, France, Japan, and Germany. Sorcar has also been feted by many authors and many books have been written about his achievements.

Jadugar PC Sorcar had a great family and he was married to BasantiDelvi whom he married and started a family with. Basanti died in 26th December 2009. The couple were blessed with three children. Two of the children eventually found themselves in magic. They were, P.C. Sorcar JR, and P.C. Sorcar Young who eventually became magicians. ManickSorcar- the third child- eventually became an animator and director.

P.C. Sorcar cemented his immortality in the magic world as a result of the numerous top notch performances that he provided. Many people say he never failed the crowd and he will be remembered as the greatest Indian magician and performer of all time. He was also a great author who also wrote numerous books about his magic, and magic in general. These books have greatly influenced today’s magic and have ensured that Indian magic is now recognizable on the International stage. He has written over 22 books about magic and some of these books have gone on to receive International acclaim. Some of his most famous books are History of Magic, Hindu Magic, and Sorcar on Magic. On January 6th  1971, Sorcar was performing on a Japanese stage when he had a heart attack. He was rushed to hospital but was pronounced dead on arrival. Sorcar’s passion for magic was one of a kind. It was difficult to compare his passion and dedication for the art with anyone else’s. He was so passionate and committed to the craft that he died performing.

Jadugar PC Sorcar was one of the best magicians and performers to ever grace the stage. He left audiences in shock and surprise with his sometimes death-defying tricks.Sorcar opened up a new wave of magical genius that is still being practiced to this day. His top performances like the X-ray ability, Buzzsaw, and cross-legged levitation will never be forgotten in Indian folklore. It is true to say thatJadugarPC Sorcar was a true legend.