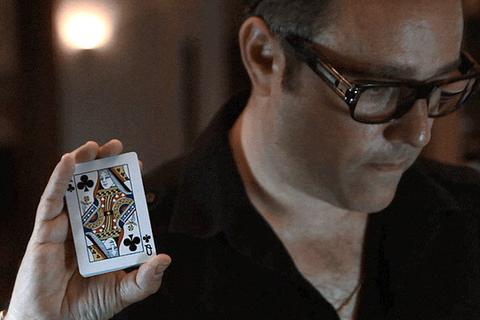 Andy Nyman is an English actor, producer, and magician, born on the 13th of April, 1966, in Leicester. He is best known for ‘Death at a Funeral’, a 2007 comedy about a man who is trying to expose a dark secret regarding a recently deceased patriarch of a rather dysfunctional British family, ‘Severance’, a comedic horror film from 2006 and ‘Shaun the Sheep Movie’. The last one is an animation focused on the adventures of a flock of sheep that get lost in ‘the Big City’, and Andy Nyman’s role is that of a sheep called Nuts. The name says it all. In 2006, Nyman won the award for best actor at the Festival of Irish & British Film for his role in ‘Shut up and Shoot Me’ as Colin Frampton. He has also appeared in a supernatural drama series called ‘Crooked House’in 2008 and in Charlie Brooker’s horror satire ‘Dead Set’, as a sleazy reality show producer called Patrick.

Respected all around the globe, Andy Nyman has been doing magic for over 30 years and has created some of the most well known magic effects of the past 20 years. As a proficient mentalist and illusionist, Andy Nyman has frequently collaborated with Derren Brown, an English illusionist known for his acts that he claims are achieved through purely psychological means. Brown and Nyman have collaborated in the writing of the acclaimed TV shows ‘Derren Brown – Mind Control’, a breakthrough show where Brown shows the audiences a variety of tricks through the use of suggestion, showmanship, misdirection and psychology, and ‘Trick of the Mind’. The first show we mentioned has brought Andy Nyman and Derren Brown a Silver Rose award at the 2003 Montreux Television Festival, one of the highest distinctions that a writer and television program can receive. In 2008, Nyman was awarded the Member of the Inner Magic Circle title, being included in the best 300 magicians of the world. 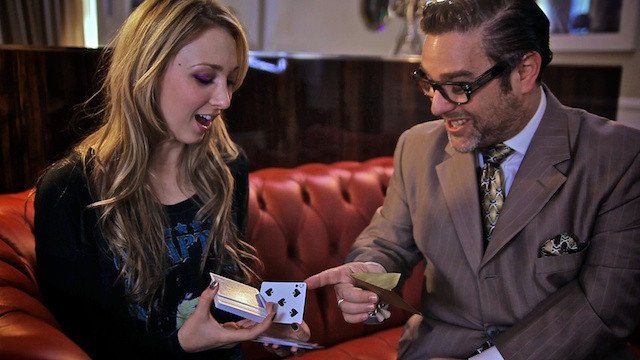 Nyman has invented a lot of magic routines, influencing many of the world’s most talented magicians, most notably Derren Brown. In 2011, he published a book called ‘Bulletproof’, which includes over 40 of Nyman’s magic routines, some edgy, some dark, some even hilarious, but all with the unique ‘Nyman feel’. The book was only sold in 750 copies and was an instant sell out, becoming a collector’s item.One of the most notable magical effects done by Derren Brown and Andy Nyman was the prediction of the lottery numbers in 2009, on a live show, which left everyone speechless. Derren and Andy had spent five years talking about this one trick and, after one year of intense preparation, Derren successfully predicted all six winning numbers, in front of a huge TV audience. The event had a massive success, making headline news in the United Kingdon, Australia, China, and America. Also, the event immediately became the most watched video on YouTube and the most discussed topic on Twitter, while the magicians’ websites crashed because of the massive traffic they were getting. Obviously, Andy and Derren had been banned from buying a lottery ticket and profiting from the prediction.

‘Ghost Stories’ is a play that Andy Nyman wrote in collaboration with Jeremy Dyson, one the creators of ‘The League of Gentlemen’, a dark comedy TV series that premiered on BBC Two in 1999. The play premiered in February 2010 at the Liverpool Playhouse. Later, it got transferred on London, at the Lyric Hammersmith, for a longer run. After that, it transferred again to play from June 2010 to 2011 at the Duke of York’s Theatre. In 2016, the show concluded its Australian National Tour at the State Theatre Centre of Western Australia. Prior to that, the show had reopened in 2014 at the Arts Theatre and ran until January 2015. Andy Nyman played the role of Professor Phillip Goodman. The play’s runtime is only 80 minutes, without any interval, and it is notable for its publicized warnings advising against anyone younger than 15 attending. The show surrounds itself with mystery, the marketing of the show outside theaters being rather unusual. By that, we mean that there are absolutely no production photographs, and all the public gets before actually seeing the play are stills and video monitors that show the shocked reactions of the members of the audience. On the official site of the show, there is an issued warning saying ‘Please be advised that ‘Ghost Stories’ contains moments of extreme shock and tension.’ One could say that the publicity round this production has overdone warnings about its unsuitability for minors and those of a nervous disposition. The creators have even added an announcement at the end of the play, asking the audience to keep the secrets of ‘Ghost Stories’ to themselves, so that they would not spoil the experience for others with any prior information about the act. The play is a production that comes complete with smell effects, dry ice, a strong sense of atmosphere and an effective soundscape. The Daily Express has described the show as ‘brilliantly scary’.

People who have reviewed the show did not betray the producers’ trust and have confined themselves to outlining the basic structure of the plot, without giving away any details or twists within the story. The plot revolves around Dr. Phillip Goodman, a Professor of Parapsychology, played by our article’s subject, Andy Nyman. The professor is delivering
a lecture on ghost stories, in which he discusses a website featuring ghostly pictures. The website is scienceofghosts.com, feel free to check it out if you do not wish to sleep tonight. Anyway, professor Goodman has three recorded interviews with people who claim to have had a supernatural experience of some sort, each story seeming to hinge on the feeling of guilt. The stories are then narrated by a night watchman, a teen driver and a businessman who is awaiting his first child. As each interview is played back, the actors re-enact the horrible stories on stage. At the end of the play, the three stories are drawn together, with a twist, as Nyman’s character becomes a participant, rather than just a narrator. The smell effects, the dry ice, and the impeccable soundscape, combined with the horrible stories and a vicious dark humor, are guaranteed to make you leave the theater feeling shaken, stirred, but nonetheless entertained. If not, we applaud you for having nerves of steel.
Brilliant and deeply unsettling, the play will surely remain known as one of the best horror plays of this era.

Another notable production that Andy Nyman starred in is Steven Knight’s ‘Peaky Blinders’, a British television crime drama that is based upon the exploits of a Birmingham gang during the aftermath of the First World War. The story centers on the Romani/ Irish gang called Peaky Blinders and their highly ambitious and cunning boss, Tommy Shelby, a character played by Cillian Murphy. 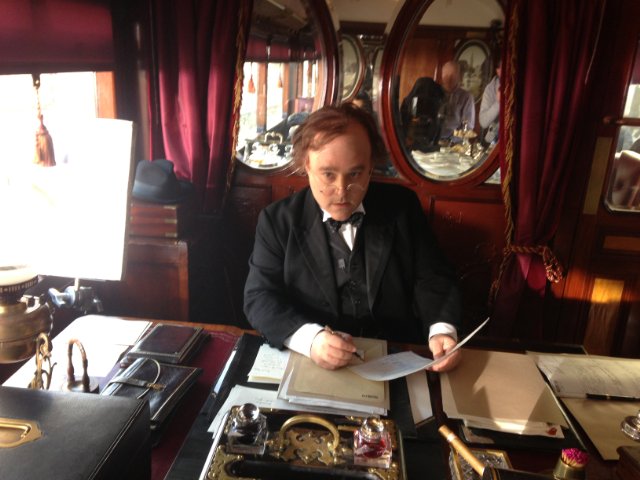 In peaky blinders, Andy Nyman plays the role of former Prime Minister of the United Kingdom, Winston Churchill. Churchill sends a detective of the Royal constabulary, Chief Inspector Chester Campbell, played by Sam Neill, over to Birmingham, on a mission to suppress disorder and uprising in the city and recover a stolen cache of weapons that were meant to be shipped to Libya. Although ably played by Andy Nyman, as David Stubbs at The Guardian says, when Churchill appears briefly on screen in the series, he seems to be more like a caricature, caused by the fact that the fictional characters are so well drawn. Andy Nyman appeared in the first series of the show only in three episodes, the role of Winston Churchill being taken in the second series by British actor Richard McCabe. Nevertheless, ‘Peaky Blinders’ is a show that we, and probably Andy Nyman himself, recommend.