From dropping out of school at the young age of 16 and performing in the street to earn his daily meal to performing in front of tens of thousands of people in sold-out arenas in Japan and walking the streets of Japan disguised because of his fame, Cyril Takayama is the epitome of the 21st-century entertainer. Fluent in both English and Japanese, the famous magician has united Western and Oriental people into one huge fanbase. Cyril fell in love with the art of magic at the age of six, after seeing a magician cutting himself in half and making a woman levitate. When he was 12, he joined the junior program at the illustrious ‘Magic Castle’ in Hollywood, and as we said earlier, at the age of 17, the young magician was performing on the streets of Shinjuku. He was then approached by a rich businessman who noticed the young boy’s talent and wanted him to work as an entertainer in his hotel. That was when Cyril’s determination and talent began paying off, as the businessman sent him to contests and magic assemblies. In 1991, Cyril Takayama was awarded a top prize by The International Federation of Magic. The magician’s popularity then soared, and he has appeared in more than 15 TV specials in Japan and a few television series. Some of his most notable Cyril Takayama magic tricks include:

This trick’s premise is that Cyril can not decide on what burger to buy, so he decides to sample the menu itself. He would often have a person from the audience pick the burger for him, which adds to the effect that the trick has on the audience. After the burger is picked, he simply reaches into the menu and literally pulls out an actual burger, leaving behind only the outline of what used to be the image of the burger. He then shows the burger to the audience, just so they make sure it’s real and takes a bite out of it. Although already pretty amazing, the trick is not complete until he puts the burger back onto the menu, only this time, the image of the burger is missing the bite that he has just taken.As any other trick, we want to know how it’s done, even if, some would say, knowing the secret behind a trick takes half of the joy away.

There are many speculations circulating online about how Cyril Takayama pulls this off. Probably one of the most popular is the one that says that there is a man hidden behind the menu who simply removes the pictures of the burgers to pass Cyril the actual burger. When Cyril grabs the burger, he pulls it out slowly so that the man behind the menu has time to properly put the blank image where the first one was. The rest of the explanation is easy to figure out. When Cyril puts the burger back on, he covers that area long enough for his helper to replace the blank one with the image of a bitten burger. This is a very plausible explanation, as Cyril does actually keep his fingers and hands together for a pretty long time, and the production and vanish off the burger take a few seconds, all this while his hands completely cover the area. All we know for sure is that we will probably never know how the magician actually did it.
The next trick has been the subject of controversy for a while, with illusionist Criss Angel being accused of stealing this magical effect from Cyril Takayama. This may have been caused because the magicians had the same adviser, but we are not here to discuss this so, without further ado: 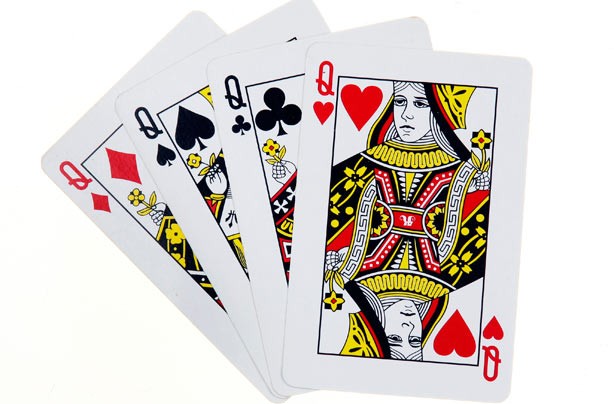 All Cyril needs for this trick is a deck of cards and a glass panel. The magician performs his signature piece of magic in a variety of settings, even on glass-bottomed boats. He begins by choosing a random spectator and giving him or her the deck of cards. After the spectator has chosen a card, Cyril hands them a pen and tells them to sign the card, or even draw something on it. The next step is putting the card back and shuffling the deck thoroughly. The aspect that adds a lot of mystery to the trick is that Cyril even invites his ‘victim’ to shuffle the deck. With the card well hidden and the deck shuffled, the next part of the trick is truly eye candy. As Cyril rapidly flicks all the cards at the window, only one gets stuck, backside facing the audience. It is only when he tries to grab it that the audience realizes what happened. The card is stuck on the other side of the glass, and as Cyril goes around to take it, he then reveals it to be the one that the spectator signed in the beginning.

There are many variations of this magic effect and the Internet is full of videos and explanations of them. Most of the explanations that we have found require a secret magician’s assistant. First of all, this trick should obviously be performed in an area with a large window nearby. Second, the spectators must be facing away from this window. Also, The second deck of cards is needed. The magician’s assistant will have this deck and he/ she could be standing behind the window so they could see the chosen card and stick the corresponding one from the other deck to the window. There is a possible method through which the spectators only have the impression that they chose the card. This requires a minimum sleight of hand and only one duplicate card. Coming back to the original, Cyril’s trick includes a signature on the card. The assistant could, at some extent, fake the signature, of course, but nothing from Cyril Takayama’s footage of the trick hints towards an assistant or even a duplicate card, as he points out that he will throw the deck at the window and no one is seen behind the glass. He even performs this using an aquarium so, unfortunately for us, the secret behind this one remains uncovered.

As Cyril became more famous every day, more and more people recognized him on the street and most of them were really passionate about their love for the young magician. He began wearing a disguise and called himself Sero-Jisan, which translates to ‘Old Man Sero’, a pun on the performer’s Japanese name. But of course, the ingenious magician had to make a trick even out of this, so, as he walks by in his baggy clothes, he sneezes and, what do you know, his head falls off. This trick has always had a pretty big impact on the crowd, as you might imagine, or, considering that you are willingly reading an article on Cyril Takayama, as you might have seen.

While many are saying that all the performer is doing is bend his body, there is definitely more going on with this particular trick. First of all, the large clothes are a definite must to perform this one. Second, a certain object is used, something like a long, flexible, sheet of metal that goes around the performer’s neck and down to his chest, where the magicians can casually hold it while pretending to hold his jacket. Of course, in order to pull off the trick and offer the full experience to the audience, the magician must be able to ‘drop’ his head all the way down to his crotch, he must be able to move his legs, and the audience must not see if the magician is bending his legs. There is a lot going on with engineering, counterbalances, illusions, extreme dexterity and strength but, unfortunately, even if we knew all the details, we would not be allowed to disclose them. The trick still works only with the flexible metal sheet, to which another ‘bar’ of some sort can be easily crafted and added to support the shoulder area of the clothes, giving a much better effect.

Another impressive trick from Japanese magician’s Cyril Takayama repertoire is the cigarette trick. In this trick, the magician casually asks someone for a cigarette and while holding it in his left hand, he simply taps the cigarette with his right hand, pushing it towards his left palm. He then clenches his left fist, lightly blows towards it and just like that, the cigarette is gone. Magician Cyril then quickly rubs his palms together for half a second then, while rubbing his left fist, the cigarette slowly rises from the hand in which we 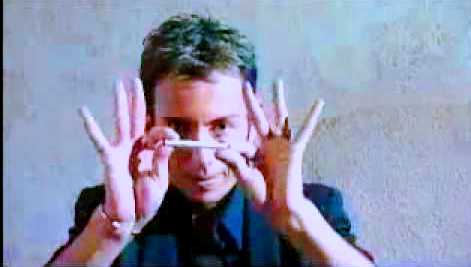 have seen, only seconds ago, nothing.

He then passes the cigarette to his right hand, only to grab it again with his left one, but half a second later, he opens his left hand to once again reveal… nothing. This time, he shows the audience his empty right hand, so the cigarette could be anywhere. By simply touching his thumb with his index finger, he makes the cigarette reappear between those two. You may have mostly figured how the trick goes on, and it MAY be more comfortable to watch the video but bear with us, for we shall give you the explanation.

What this trick requires, not unlike any other magic trick, is an insane level of dexterity. Also, the performer must be able to maintain favorable angles with the audience. This is called sleight of hand, and it refers to fine motor skills used by performing artists. It is strongly associated with close-up magicians like Cyril Takayama, card cheating and of course, stealing. We do not recommend using this skill for that last one. Getting back to the trick we were describing earlier, we must take it step by step. When Cyril taps the cigarette with his right hand, once the cigarette is completely inside his left hand, he quickly grabs it with his the tip of his left thumb and his left index finger. He then blows towards his left fist and with an elegant move, he reveals that the cigarette is not there. The blow and the elegant move of his left hand not only serve as attention distracters but are also great things to master and try to execute as natural as possible, enhancing the performer’s showmanship. The next thing Cyril does is quickly rub his palms, at that point passing the cigarette from his right to his left hand. The entire trick is based on sleight of hand and the elegance with which the magician presents the act. As simple as it sounds, these things take years of practice to fully master.
Cyril is also known to borrow items of people in order to perform his tricks. The magician stated that he likes to ‘stimulate people’s minds using the things they are already knowledgeable about’. With a collection of magic effects that include acrobatics, sleight of hand, disguises, and with his great storytelling skills, Cyril Takayama is one of magic’s more versatile acts. 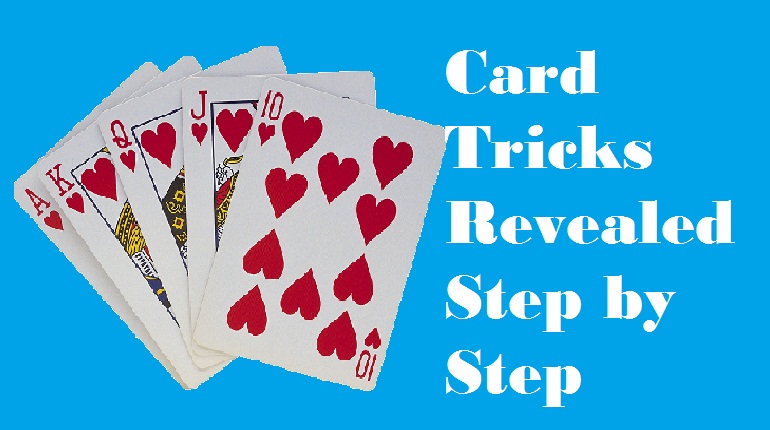 The cuts This first card trick does not require any setup. To let the spectator know that, he/ she will shuffle the cards in the beginning. Then, the spectator will choose any card from the Read more…

Jay Sankey Magic: A list of best Magic Tricks by Magician Jay Sankey and how to do it Revealed.

Jay Sankey is a big name in magical spheres and corridors. He has contributed immensely to the development of magic for over three decades. Jay Sankey is also hailed and recognized as the man who holds Read more…